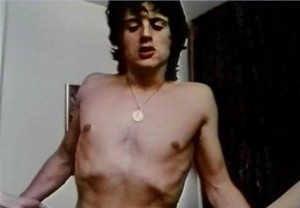 Nothing motivates a man like not having a flushable toilet

Say it isn’t so! Beloved international ass-kicking movie star, Jackie Chan made an old vintage dirty skin flick by the name of “All in the Family.” When confronted with his one-time porno past, Chan brushed it off, stating, “I had to do anything I could to make a living 31 years ago, but I don’t think it’s a big deal, even Marlon Brando used to be exposed in his movies.” Yeah, point taken, Jackie, but its fucking Brando who pretty much built Hollywood brick by brick with illustrious Oscar-worthy fare like “A Street Car named Desire” and “The Wild One” when you’ve made dogshit like “The Tuxedo.” Just sayin’.

I heard his penis did its own stunt work too

Carl is going to be sooo pissed!