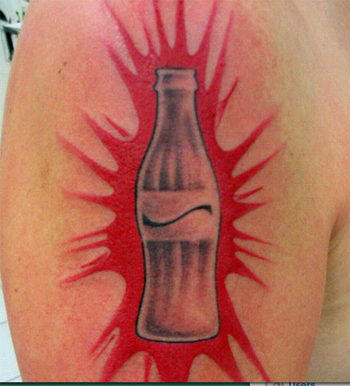 ACTA: The International Treaty You’ve Never Heard of That Could Affect Internet Freedom

US among countries that have already signed ACTA

While there was massive attention last week to online anti-piracy bills — SOPA in the House and the PIPA in the Senate — ACTA, the Anti-Counterfeiting Trade Agreement, has received scant media attention yet poses a tremendous threat to online freedom.

RT reports on how the ACTA treaty will work:
Under this new treaty, Internet Service Providers will police all data passing through them, making them legally responsible for what their users do online. And should you do something considered “breach of copyright” like, for instance, getting a tattoo of a brand logo, taking a photo and posting it somewhere, you may be disconnected from the Internet, fined or even jailed.

This, of course, threatens the entire founding idea of the Internet – the free sharing of information. But ACTA doesn’t stop there. It goes beyond the Internet, bearing down on generic drugs and food patents. If passed, ACTA will enforce a global standard for seed patenting, which would wipe out independent, local farmers and make the world completely dependent on the patent owners (read “big corporations”) for supplies.
1TheRevolutionIsNow offers this video analysis of the treaty:

While protests were able to pressure officials from moving forward with the SOPA and PIPA bills, President Obama already signed ACTA months ago. The International Business Times reports:
ACTA, on the other hand, was already signed by the United States on Oct. 11, 2011, and Obama was not required to attain the approval of any outside authority to do so: not the Congress, not the Supreme Court, and not the American public.
Now that it has been signed, the legislative and judicial branches of the U.S. government also have little ability to challenge or amend the treaty, and Americans will be subject to a whole new scheme of laws, restrictions and regulations that could have them facing fines or jail through a process that would likely exist entirely outside the scope of the American justice system.

And Wired.co.uk reports:
It has been negotiated, mostly in secret, between various countries and the EU over the last four years. Many states have already signed up for Acta, well before the widespread web furore over Sopa. So far, Canada, Japan, Korea, Morocco, New Zealand, Singapore and the US have all signed up to Acta. The European Union, Mexico and Switzerland have supported the treaty and shown a commitment to signing it in the future. Acta was slipped through the European Council in an agriculture and fisheries meeting in December. Some of its more aggressive language has been removed from more recent iterations of the treaty, particularly concerning “disconnection of internet access”. It is expected to be signed by the EU on Thursday, before the European Parliament has a chance to vote on it.

Echoing protests last week when many sites “went black” in protest of SOPA and PIPA, Agence France-Presse reports that close to 100 websites in Poland went black Tuesday in protest of their country’s plan to sign ACTA.

So who supports this far-reaching treaty? Wired.co.uk reports:
Acta is supported by major copyright holders including pharmaceutical companies, movies studios and record labels. Lobbying organisations include GlaxoSmithKline, Pfizer, Sanofi-Aventis, Monsanto Company, Time Warner, Sony, Verizon, The Walt Disney Company, the Motion Picture Association of America, News Corporation, and Viacom. It looks like the European Commission supports it but the European Parliament are unanimously against it.