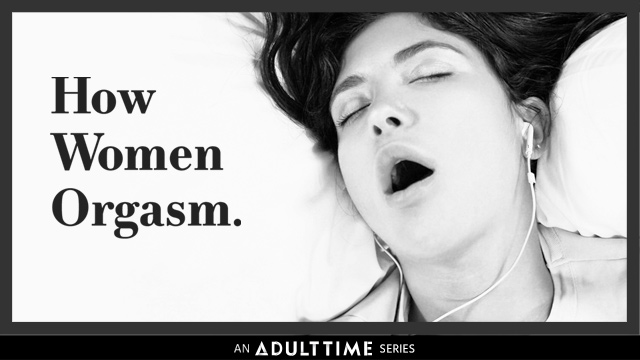 Adult Time presents a powerful new series from Bree Mills, How Women Orgasm, a real-life look into the inner workings of female self-pleasure, with the first two episodes available for streaming now at AdultTime.com.

The five documentary-style vignettes – ‘women pleasuring themselves AS themselves’ – shine a spotlight on adult’s favorite performers, who share their personal masturbatory experiences on camera for fans alongside revealing interviews.

“What I love about this series is that it’s real women being open and honest about what turns them on – not ‘performing’ but genuinely giving themselves pleasure for the sheer joy of it,” said Mills, who also serves as Adult Time’s Chief Creative Officer.

Episode Two with Jay Taylor was released this past weekend; Episode Three with Whitney Wright is set for a January 18 release, Episode Four with Jenna Fox is available January 25 and Episode Five starring Jane Wilde is out February 1st.

In addition to Adult Time, fans can also visit the official Adult Time YouTube channel to find out more about How Women Orgasm, as well as future releases in the coming weeks.
With over 200 channels, 60,000 scenes and more than 5 new releases per day featuring quality award-winning content, AdultTime.com subscribers can take advantage of unlimited access to the studio’s entire catalog of award-winning content.