In the clip, Jones actually refers to his phone as “my little iPhone,” thus removing any doubts regarding whether the phone was his or that he didn’t know of its contents. On the 36 second mark of the video, Jones clicks on his phone to reveal several thumbnail images and online detectives were quick to spot something on the middle left tab; an image containing the title “naughty tbabe” which is a transgender porn page. For a person who feels offended by the idea that transgender people might be recognized as valuable human beings, that’s highly ironical. You may watch the original video on Info Wars and jump to the 2 hour 20 minute mark. Scroll to click on the August 24 episode. 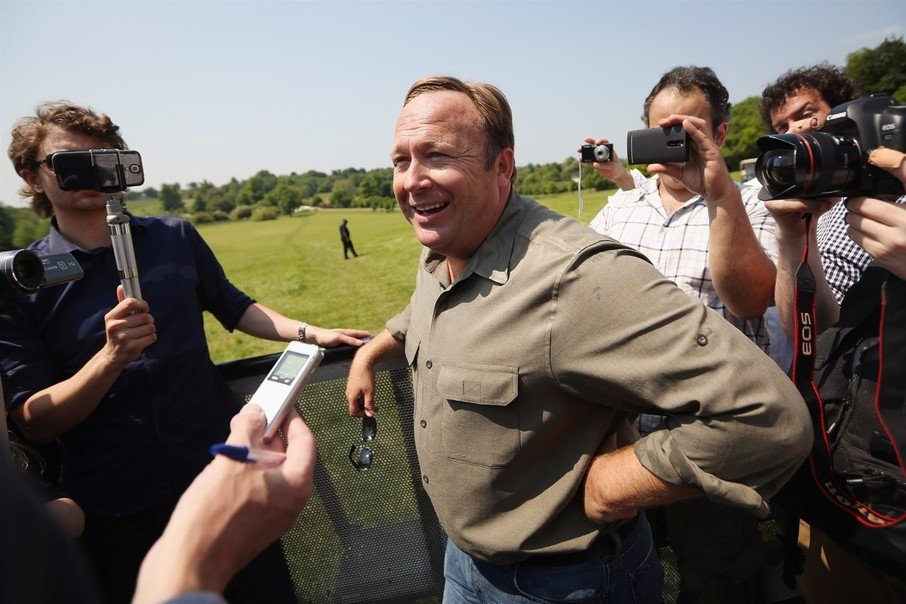 Jones has a long history with transphobia and homophobia, including comparing himself to a trans, deciding he is a “50-foot, red, purple, striped giraffe” that gives “birth to leprechauns.” He has also talked against accepting transgenders in the military, claiming that it would turn the military into a giant factory of confusion thus sabotaging human operations ‘ahead of robots replacing everybody.’

He has previously complained about his inability to refer to transgender people as trannies, which is considered an offensive anti-trans slur (t-slur). Last month, he complained that the recognition of transgender people’s rights would lead to a collapse of the society.  He even attacked a trans woman for fighting to breastfeed her kid, deliberately referring to her as ‘him.’

He tweeted regarding the trans woman: “A transgender who calls himself a woman breastfed his adopted infant using the lactation-inducing drug Domperidone, which has been banned in the US for over 13 years”.

According to him, the acceptance of transgender people is just but sexualization. However, he doesn’t seem to mind objectifying the same people if it provides some personal gratification if his browser history is anything to go by.

Attacks on the LGBTQ community 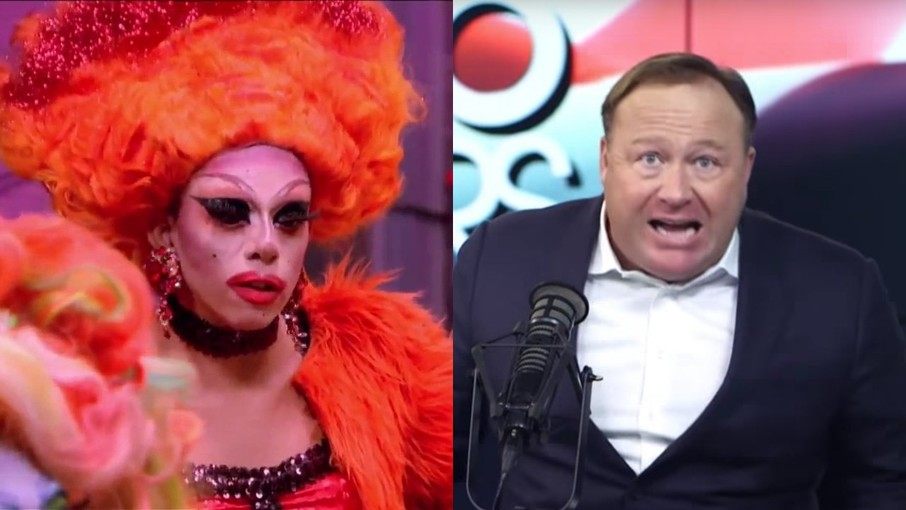 As mentioned, Alex Jones has a long history of attacking LGBTQ+ people and other marginalized groups which finally forced YouTube, Facebook, Apple, and Spotify to ban his videos and his InfoWars franchise from their platforms. This follows years of complaints regarding hate speech, defamation, threats, and wild conspiracy theories mainly targeting the marginalized groups.

Jones also attacked the RuPaul-produced cartoon Drag Tots insisting that it would introduce children to satanic rituals. In one particular rant targeting drag queens, Jones said: “We’re going to destroy you…You will ascend to Hell in the reverse order…we’re coming like the villagers in the night, with the torches burning bright, with fire…fire is not the weapon of evil, fire is the weapon of good, and it will consume you.”

Following the rant and the numerous complaints that followed, Facebook was forced to ban him from their platform for 30 days, saying in a statement: “Our community standards make it clear that we prohibit content that encourages physical harm (bullying), or attacks someone based on their religious affiliation or gender identity (hate speech).” 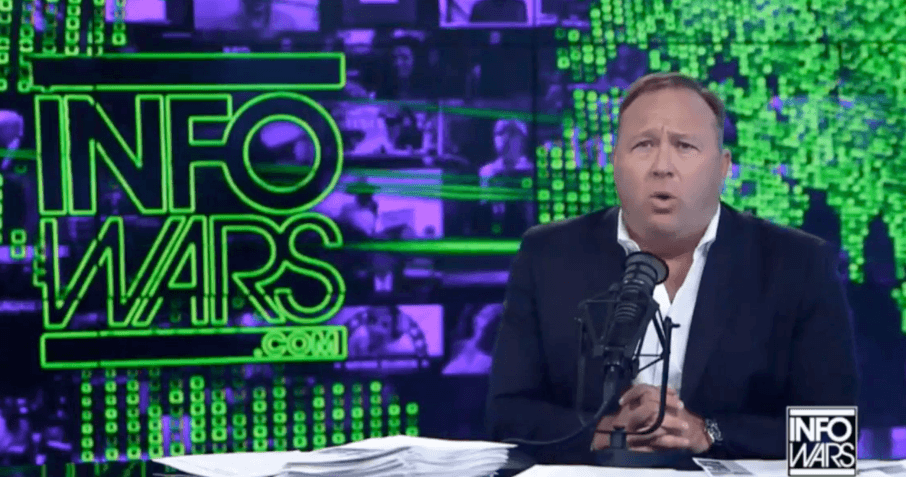 Facebook recently made the ban permanent, banning the Alex Jones Channel Page, the Alex Jones Page, the InfoWars Page and the Infowars Nightly News Page. YouTube followed suit, with a YouTube spokesperson saying: “When users violate these policies repeatedly, like our policies against hate speech and harassment or our terms prohibiting circumvention of our enforcement measures, we terminate their accounts.”

August 2018: Jones claims that former US president Barrack Obama is having a lot of gay sex in retirement. “Obama’s having sex with 10 dudes a day, whatever. The point is that that’s what’s going on on your taxpayer time…It’s male prostitutes.”

He also claimed that former first lady Michelle Obama was transgender and wondering in one of his videos whether Michelle had a penis.  “You decide, what is this hanging between her legs jiggling and flopping around? Here it is. She’s adjusting it. I mean I’ve seen men my whole life, myself, adjust their packages.”

June 2018: He claimed that the US government was spraying perfume to make men gay, claiming: “The Pentagon developed a Atrazine-type spray that they would spray….Well, they’ve got weaponized perfumes; basically, that will make men attracted to other men, and they want you to do that, so you don’t have kids.”

December 2017: According to Jones, lesbians love domestic violence: “I’m not blaming all lesbians, but it shows that most of these butch lesbians, they want to be the guy smacking the hot chick around…A lot of the chicks, they like it. Because no man will do that to them, and I’m not saying it’s good if a man does that, but some women like it.” He then went ahead to claim that liberal lesbians can literary eat your brains. “They want to strap you down and take a buzz saw and cut the top of your head off like a pumpkin and pull it off and get a little spoon.”