This pic is from the website DaddyMugs.com. A site about the older gentlemen, Daddy Mugs, who loves boys and does sex scenes with them and posts on his site. He did a scene with Luka, who is called Justin 2 in the video. 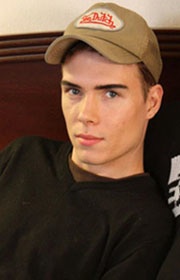 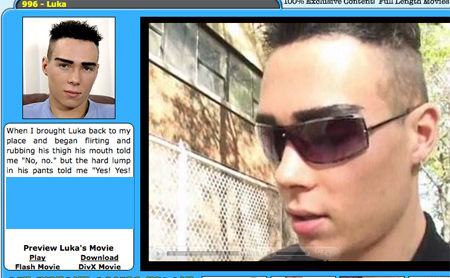 These are a screen shots from Streetbait.com, where an interviewer approaches Luka and asks if he want to perform. You can hear Luka’s voice and see a clip of him having sex with another guy if you go to the site and type in Luka 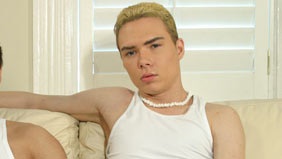 Blonde Luka who appeared as Jimmy on a site about first times, with a very graphic name.

I got a lot of help finding Luka’s scenes from http://www.iafd.com/