For those of you who don’t know who Amanda Knox is, she was on trial for the 2007 murder of a British student. First off, we at Porn.com would never hire anyone suspected of murder – no matter how hot she is. 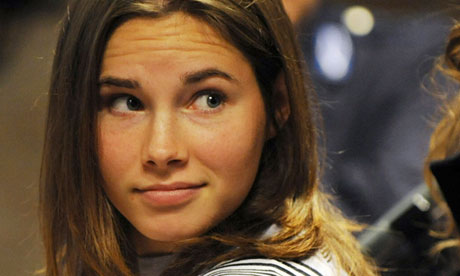 “We have been following the news and are well aware of the upcoming struggle you are facing with the Italian Legal System. We want you to know that we fully support you. We know in our hearts that you are innocent and you will once again prevail in court.

I would like to offer you a unique opportunity. As you may have read and were most likely well aware of, the general consensus is you are absolutely smoking hot. Since you came back into the headlines, our loyal fan base has been e-mailing us non-stop asking about you.

With that said, I would like to offer you the following. We would like you to shoot a movie for us. You will have final say over all terms of productions including what sex acts you would like to perform, talent that you work with, and I am prepared to pay you for $20,000 up front PLUS 25% of all sales including DVD, Web and Broadcast.

This is a great opportunity for you to make some money to put towards finishing your education and also future legal costs to help with this unfortunate retrial.”

This email caught the attention of some major mainstream news outlets. Amanda Knox is yet to reply to Kulich’s email.

On a completely different note, we have an awesome hardcore cam show this Friday. It’s a special Valentine’s treat starring Nick Manning and Teal Conrad. So fap alone or with the one you love and enjoy the show.