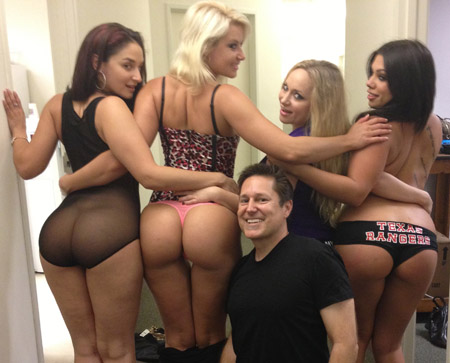 The MeanBitches Show on SiriusXM 103 has a huge event 3 times a year called “The Ass-Off”. Simply put , it’s the most important event in all of Radio. We take the best asses that have been on the show and put them in a competition to see who has the best of the best! The most recent Ass-Off features Anikka Albrite, Shane Dos Santos, and Sheena Ryder. It was a very close contest and all three girls were tremendous. We caught up with the winner , Anikka Albrite, and asked her about this huge honor. As you can tell from this interview, she not only has a great ass… she has a great sense of humour!

Congratulations on winning the MeanBitches Show Ass-Off! What would you like to say to your fans about this tremendous honor?
This is a big day for me…I  want to say Thank You to my fans! I would never have won it if it wasn’t for them. I have worked so hard over the past year to compete in this competition and they have been with me every step of the way. The Ass-Off is all about you, Team Anikka!
I understand that you started training for this at an early age? Tell us about growing up dreaming about this day.
I have always wanted to win an Ass-Off. It has been my Life Goal since I was a child. While the other kids were dreaming about being Ballerinas and Astronauts, I was dreaming about having the Best Ass.  While the other kids were playing with dolls and having tea parties, I was doing squats. I also played lots of basketball and ate lots of carbs and butter.

What kind of training did you do for this event?
This event meant so much to me… I pretty much dedicated every free minute of every day to training. I ran 20 miles a day and was on the treadmill for many hours. I studied booty tricks and mastered them in time for the Ass-Off. One of the rounds in the contest was the Lapdance round and I have never been a professional stripper. So I was particularly proud of winning that part of the contest. I was really happy that I gave good lapdances. I spent a lot of time practicing on my roommate Riley Reid. 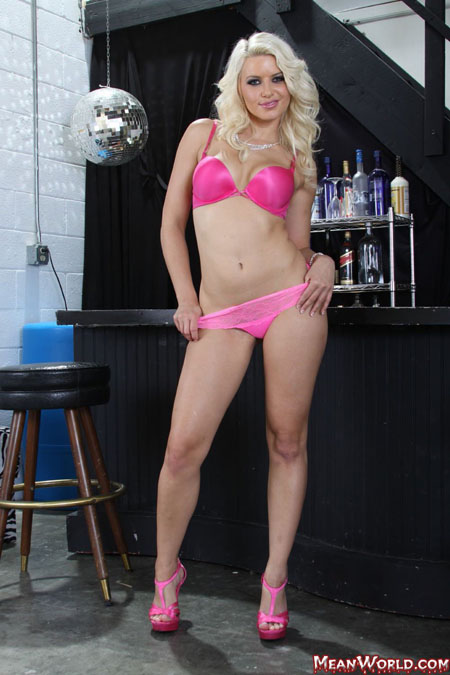 Walk us through the day of the event. How did you prepare and what do you remember about the actual contest?
That day, I spent the entire day practicing with Riley. I did some lapdances on her, did some booty tricks, and sat on her face. She was a very good guinea pig for me to practice on. The thing I remember most about the competition was the chocolates… The judges threw chocolate kisses at us whenever they liked what we were doing and I love chocolate. We started the contest with measurements and modeling and then I remember the facesitting contest. I enjoy facesitting a lot!
You did really well in the Roleplay part of the contest. Tell us about that.
I was the boss in a job interview. Sometimes in roleplays I say things that are way out there.. but I made it very sexual. I really get into playing characters. Even before I got in the business I loved roleplaying- I get to be an actress!

So given a chance to do a scene that is more physical or more about being an intense character, you would choose the character?
Oh absolutely. Id rather do the character than the physical.
How has this changed your life?
Well let’s see.. I have lots of requests to go to Proms… Actually , George Clooney said he heard about my Ass-Off victory and asked me to attend the Oscars with him. I accepted of course…. People are much more aware of who I am, especially in countries outside the US. I’m very grateful to my fans, to you, and to SiriusXM 103 for making it happen and making it possible for me to become uber-famous!
Moving on… what other exciting things are happening in your life?
Well first off, as the winner of the contest I get to do a new scene for Meanbitches.com and be on the cover of Femdom Ass Worship 20! But speaking of Asses… I’m so excited – My Ass is on the cover of Buttman Stretch Class 14 and on Buttman Magazine. I’m on a lot of boxcovers these days. And – I can’t announce yet who its for , but I got a major role in a feature! 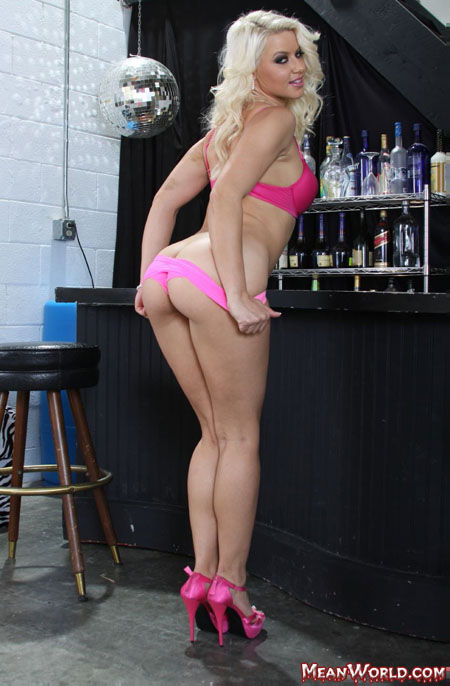 Getting back to the Ass Off… there is another Ass-Off coming soon..the economy size division. What advice would you give to the competitors?
Doing that contest and doing the MeanBitches Show is a blast! Just have fun and really enjoy doing the facesitting and lapdances. As you can tell, I don’t take things too seriously… I just showed up ready to have a great time. Everyone that competes is going to have a great night. Thanks again for picking me as the Ass-Off Queen !