Backpage.com, a site that is popularly known for sex and prostitution-related classified advertisements was folded and seized by the FBI on Friday, according to reports and a large notice displayed on the site’s homepage on Friday. The news followed by reports that the home of the site’s founder, Michael Lacey, was raided by police. By the end of last week, law enforcers had already taken control of Backpage’s various international classifieds pages. Some of the accusations leveled against the site include facilitating prostitution and money laundering. But details of the allegations have been sealed by an Arizona court.

A notice on the site about the FBI raid read; “Backpage.com and affiliated websites have been seized as part of an enforcement action by the Federal Bureau of Investigation, the U.S. Postal Inspection Service, and the Internal Revenue Service Criminal Investigation Division.” 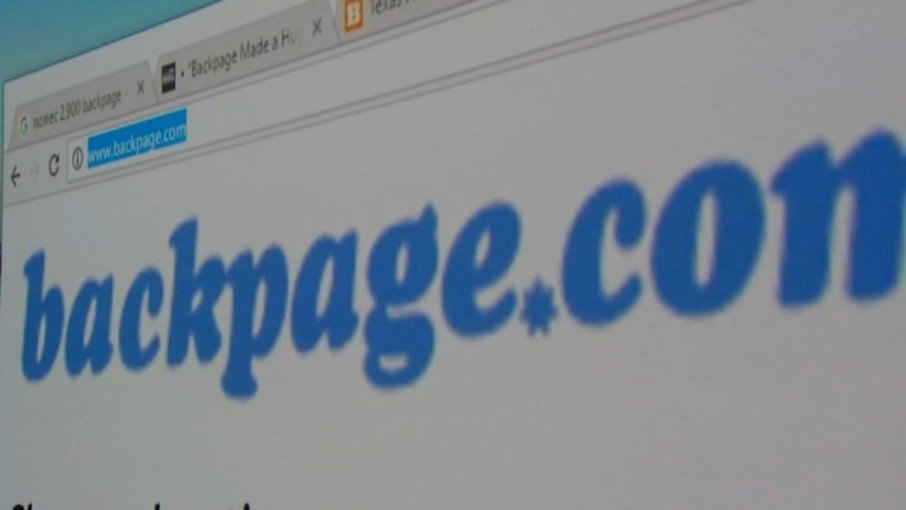 According to reports, Backpage.com has been involved in forced prostitution and child exploitation. In fact, the site’s CEO, Carl Ferrer, was arrested in 2016 in Arizona, before being charged in a California court on a series of accusations, including pimping minors. Ferrer and other Backpage.com executives are however yet to be convicted of any criminal offenses.

The site has been the focus of several criminal investigations and has prompted legislators to consider legislation that gives immunity to sites for the actions taken by their users. The site has previously been subjected to a congress investigation on accusations of sex trafficking.

“This is great news for survivors, advocates, and law enforcement,” Sen. Claire McCaskill, D-Mo., who has investigated the site alongside Ohio Sen. Rob Portman said. Cindy McCain, the wife of Arizona Senator John McCain, who is also an activist against human trafficking, said that she heard that all offices of the site around the world have also been raided. “They’ve confiscated everything and shut the website down,” McCain said, adding that Friday was a “good day.” Some of the services offered by the site include allowing users to create posts to sell items, list upcoming events, and job opportunities, and participate in forums. However, the site also has listings for adult escorts and other sexual services, with authorities saying that the adverts related to this kind of service were particularly lucrative.

According to the website posting, the operation to shut down the site involved U.S. attorneys in Arizona and California, as well as the Justice Department’s section on child exploitation and obscenity and the California and Texas attorneys general.  With the case remain sealed, any legal information regarding the raid remains under wraps.

Reports doing rounds also indicated that there was “law enforcement activity” at the Sedona, Arizona household of Michael Lacey, one of the initiators of Backpage. Attempts to reach representatives of the escort ads website proved futile.

“Today, Backpage was shut down. It’s a huge step. Now no child will be sold for sex through this website,” Senator Heidi Heitkamp posted on Twitter. The senator helped in drafting legislation that was passed by Senate last month that would make it calmer for state prosecutors and sex-trafficking victims to sue social media networks, advertisers and others that fail to keep sex trafficking and exploitative materials off their platforms. According to Senator Heitkamp, President Trump will be signing the bill into law later this week. The legislation amends the Communications Decency Act, which has shielded site operatives from state criminal charges or civil liability if they aid sex ads or prostitution. Backpage.com seems to fall into that category. Efforts to crack down on the site, which was the second largest classified ad service in the United States after Craigslist, have been ongoing for some time. According to the authorities, Backpage.com has been the dominant marketplace for illicit commercial sex, a place where sex traffickers frequently advertised children and adults.

According to a 93-count sealed indictment which was returned by a federal grand jury in Arizona, 17 alleged victims, both adults, and underage girls were trafficked on the site. In one particular case, a young teenager is reported to have been sold for sex on the site with coded words used to describe certain sex acts. The young victim was forced to perform sexual acts at gunpoint, choked until she had a seizure before she was gang raped.

There was also the case of another 15 years old who was forced to do in-calls at hotels. Another victim who was advertised on the site as ‘Nadia’ was stabbed to death, with yet another victim killed by a customer who attempted to burn her body. The U.S. Justice Department claims that Backpage.com has earned over $500 million in prostitution-related revenue since its inception in 2004. The site’s associates are reported to have been actively involved in editing ads and helping in the wording, at least according to the indictment. The indictment also adds that in private, Michael Lacey used to brag about the site’s contribution to the prostitution industry writing in one internal document that ‘Backpage is part of the solution.’

To prove their sex trafficking case, prosecutors would need to produce individual ad either involving a minor or one featuring an adult sex worker selling sex through force or coercion. With the sex trafficking charges difficult to prove, a Department of Justice official said that the case would be relying on charges connected to prostitution, which would be easier to prove.

ThePornDude will definitely be keeping an eye out for any new developments on the case. Meanwhile, you may have to look for an alternative site in our “Escort Sites” category if hiring escorts on Backpage.com has been your thing. I know that’s scant consolation, but it’s what it is.