Every film just like every memorable book, or masterful painting or critically-acclaimed music album has its own unique eternal soul. Like the wind, you can’t see it but you can surely feel it. When the last page is flipped, when the end credits roll and when the needle stops spinning, you’ve taken a part of the art and absorbed it into yourself like, like fucking Megaman or something.

2012 came out with a lot of movies that were total and complete rat shit. Well, dear reader, my list is totally rat shit-free! Here are the best must-see movies of 2012! 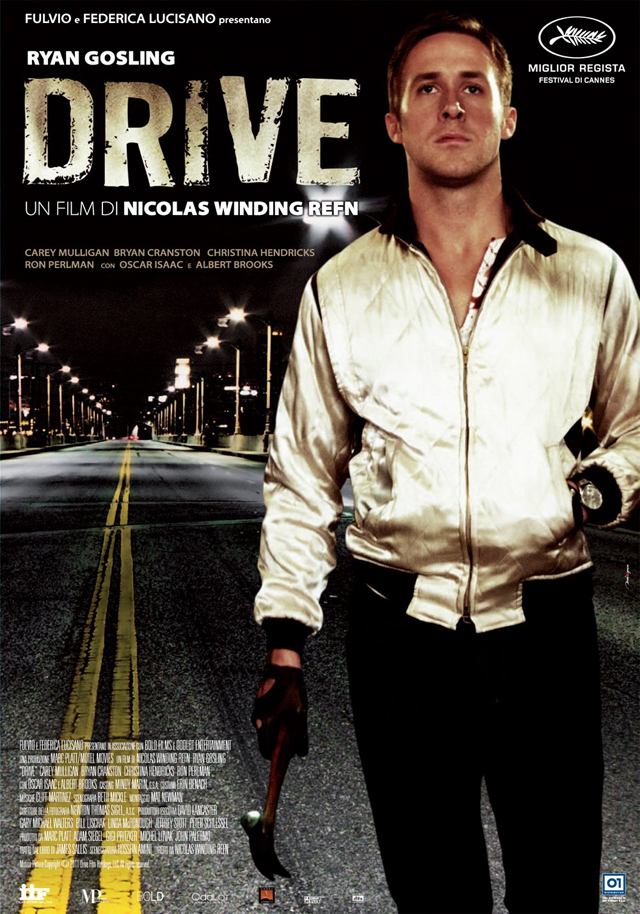 Welcome to cinema’s first hipster hero. Ryan Gosling plays a monosyllabic Hollywood stunt driver who also moonlights as a smarter-than-the-cops getaway driver. Not much is known about his origins or where he learned to be so gotdamn savvy behind a wheel. Obliquely referred to in the movie as “Driver”, Gosling keeps you intensely captivated from the beginning of the movie’s perfectly shot opening chase sequence through the neon-drenched streets of Los Angeles all the way to the shocking crescendo(s).

It’s smart, original and stylish as hell. Don’t be surprised if you find yourself on Ebay looking for that iconic scorpion bomber jacket.

I love watching fucked up movies with well-known gritty actors. So there’s my rationale for including tasty dark comedy, Killer Joe on my list. Matthew McConaughey plays “Killer” Joe Cooper, a cop who also takes kill contracts on the side for a little extra cheese. This is an old-fashioned heist-gone-wrong flick with dialogue that kicks and the performances are haunting as hell.

You won’t get it after one viewing. Maybe not even twice. But you’ll be change nonetheless. Cloud Atlas is a monstrous megalith of a movie with at least six different yarns drawn from different time periods and realities. My advice is not to keep track of the bigger karmic picture, but to just sit back and enjoy the experience as the narrative structure is surprisingly easy to follow. Expect to see the most gorgeous shots ever captured as the Wachowskis attempt to unroll the most concept-ambitious film ever made.

Probably my favorite movie of 2012. Joseph Gordon-Levitt stars as a younger version of Bruce Willis, sent back in time to kill his older self. This time travel story is unlike anything you’ve ever seen and the ending is a mind grenade that will blow your shit guaranteed.

Give credit where credit due. In this case, all of it goes to Joss Whedon for not making Avengers into Transformers. This is just a damn good movie.

In 2012, James Bond grew up. No more silly gadgets, or cheese or any of the trappings of the old Bond we’ve come to know for the last twenty five years. In short, Daniel Craig’s Bond is getting old and the film asks the question, “Is an assassin like Bond still relevant in modern times?” Skyfall is revelatory in way that after decades of being acquaintances with the super-spy, we finally get to peek behind the tuxedo to meet the actual man.

Chronicle centers around three high-school kids who gain extraordinary powers when they’re exposed to a mysterious rock formation. The film drives its focus on how the actual characters would really use their new found gifts of telekinesis, flight and near-invulnerability. This is not a superhero movie about responsibility. This is about how to be responsible should one get awesome powers.

Filipino-made film with more head-splitting, gun-toting action that will make the Matrix look like fucking Airbud.

Will Ferrel and Zach Galifianakis. ‘Nuff said! Fuck the critics, this movie will make you shit laughter.

Beloved by fans and speared by critics, I’m totally siding with the fans on this one. Hell, it’s even worth buying!

I’m not a hockey fan but you don’t need to be to enjoy this totally kick-ass movie.

Hands down, this is the funniest movie of the year.