Bleach For The Eyes!!!

Question: “What do you do if you have bleach in your eyes?” 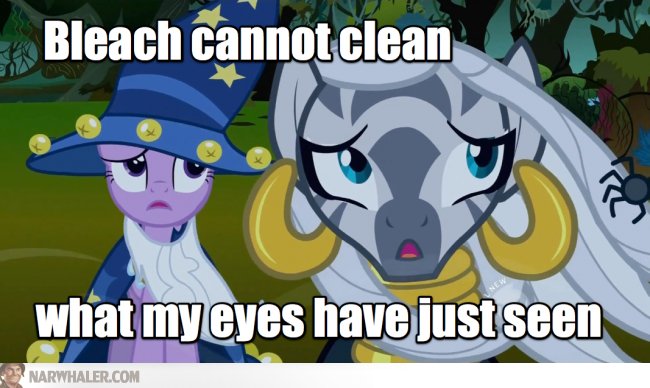 “Bleach or (most) other things in the eyes must be rinsed out immediately. It’s a must. You absolutely must get to a doctor, but the first aid is lots and lots of water across the eyes. Now. It’s first aid, isn’t it?
This is classic first aid. It is one of a number of things that allows immediate, non-professional intervention to execute the best option for damage control in a situation where life and/or health are at stake. Think about it like this. Picture a hospital custodial employee who was working in an ER lobby reaching down and picking up an open bottle of bleach. His finger slips out of the grip, and the bottle falls a foot or two to the floor to land on its bottom. Liquid bleach splashes up out of the bottle and hits the staffer in his eyes.
This happens in an ER setting. A medical staffer (physician, nurse, nursing assistant – or another custodial staffer) will immediately get the individual to a sink and start running water to irrigate the eyes of the affected individual. Just like you would do. It’s just that simple.”

Now, let’s look at another aspect of proverbial bleach to the eyes.  While the literal sense of the action means most likely you could go blind, if you’ve witnessed something over the internet so horrific that it may seem like you would need medical attention for your vision to be restored.  While bleach to the eyes, isn’t the most likely solution, viewing picutres of the cutest animals on the planet are.  ie… Bleach to the eyes.

Studies have shown that after witnessing something traumatic, the best way to erase your memory is through viewing puppies and kittens doing stupid things, and looking funny.  Very similar to watching a horror movie by yourself before bed, and needing to turn on some cartoons to remind your brain that you must forget the gore so that the last thing you see before closing your eyes was NOT a zombie eating a child.  In fact, quite the opposite.  You want your brain to interpret the last thing you see, as a group of fuckin teddy bears living up in the clouds with hearts on their chests, doing good deeds for random everyday people.

“Two girls, one cup”?  Or maybe, “It’s Only Smellz…”  How about that guy who died after being banged by a horse?

There are so many pictures, and videos on the internet these days, that are completely unsafe for you to witness.  Some photos can tramautize you for life.  Some probably already have!
What you must do to alleviate your eyes and brain from the paralysis:

Now Watch This To Alleviate:

And Now To Alleviate Your Symptoms:

Hakuna Matata – Sing a happy song. Repeatedly. Hakuna Matata will get rid of any lingering fright leftover from The Blair Dick Project. Also try Bobby McFerrin’s Don’t Worry, Be Happy or join hands with your friends and family for a rousing rendition of Kumbaya.  Just try it.

Valium, Ativan, Ambien, Alcohol-or-all of the above at the same time – Sometimes a scary porn is so scary that we just can’t sleep after watching it. In those situations, a little “help” may be required. Please note that I said a little. Drinking a fifth of Jack before bedtime might be fine for now, but you will pay for it in the morning. (I am in no way advocating taking prescription medication that is not prescribed for you. This can get you two to five in an eight by ten and Lexington Steele will be the least of your worries.)

Its also important to note, that the more pictures of cute stuff you can view the better your odds are of forgetting!!!

And Now For The Alleviation:

2)Watch something peaceful, cute, funny or nice afterwards:  This is what it’s all about.  Bleach for the eyes.  If the cute animals trick doesn’t work, turn on a chic-flick.  If that doesn’t work, then quite possibly you could be hopeless.

3)Remember, the adult film business really didn’t invest mega Warner Bros.  money into making their films:   So whatever looks real, just remember in a perfect world, they would have liked to make it look even more real, through special effects and craziness.. So in the end, you got off light!

And We Must Alleviate:

5)Think of something positive or something you are doing the next day:  Hopefully the more family related the better.  Get over to your parents house, or grandparents house and let them explain a long, drawn out boring story about the war, or some slowly told history lesson about “what it was like back in their day”.  Chances are, it won’t have anything to do with porn, horror, internet, reality t.v, or anything even remotely related to today’s society.  In fact there might even be a good chance that, their stories will revolve around a farm, and water well in the field, church, or maybe even what it was like, when they first came to America.  You catch my drift.

6)Do an activity to get your mind off of it: go to the gym and lift weights.. Get on a cardio bike or treadmill and push your own body to limits you never knew you could, so that you can easily sway you rmind into “the now” and force it to stop thinking about “what was.”
7)Talk about the movie, as it really does help:  Go see someone that can help you with your problem.  Your shrink, your doctor, your therapist… A woman perhaps…  Get your mind off it.  Write down all the things that worry you about it, then just stay away from those things.

8)Imagine the scary scene over and over again in your mind: Each time make the scene less scary.  For example, maybe the big cock that had been inserted with a waterfall of semen in the girl, could be more imagined as a garden hose pouring water all over a blossoming flower.

9)If the movie is on DVD try burning it, in a campfire:  So what you want to do is acquire the DVD in physical form and make sure when you toss it in the fire, you have to say something as if you’re letting it go from your heavy heart.  ie..”you tried to ruin my life, but i’m letting you go forever mother fucker!!!  Rot in hell you piece of shit!”