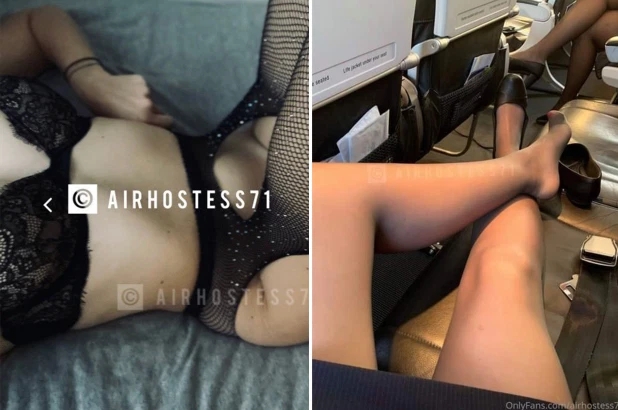 British Airways is reportedly investigating claims that one of its air stewardesses is working as a prostitute who offers “adult entertainment” during flights — and even sells her undies to passengers.

The unidentified flight attendant advertises her services through racy snaps on social media, many focused on her stockinged feet and legs and teases that she often wears no underwear during flights, according to The Sun.

Those undies are instead sold for $33-a-pop — half the amount it costs for a “securing fee” to later meet her at a hotel, she allegedly told an investigative reporter for the UK paper.

As well as offering sex between travels, she offers unspecified X-rated treats to passengers if the money is right, the paper said.

“If you ever want adult entertainment on-board, all you have to do is give me a sum of money and you’ll be treated to a whole different experience of your choice,” the stewardess reportedly wrote on a blog.