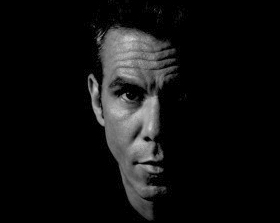 SECOND INDUSTRY-WIDE CALL TO ACTION PLANNED FOR OCTOBER 16TH
On September 25th, the first industry-wide call to action against Measure B was an effective start. We threw some punches and the media is now starting to take notice and cover our fight against the ridiculous Measure B that will be on the ballot for L.A. County voters November 6th. High profile Republicans and other parties have come out supporting our fight.

With the vote less than a month away, we need to continue getting our voices heard. Ironically, AHF only ran 5 days worth of TV ads that went largely unnoticed. While AHF has wasted $2.5 million misleading the public about their agenda on Measure B, those funds could have been used for the treatment of hundreds or thousands of people in need of care for STI and HIV infections. Let’s not forget their outreach excludes many Latino and African-American voters residing in less well-to-do communities in L.A County. They have purposely used misleading and suggestive language to sway the voter towards their agenda.

SO, A SECOND CALL TO ACTION IS PLANNED FOR OCTOBER 16TH AT 12NOON PST TO 2PM PST.

Again, we are asking ALL adult video companies, their social media directors, producers, directors, talent, crew, assorted executive and management people and THE FANS of adult films to Tweet, ReTweet, post on their blogs or websites, link to or embed the following two NoToMeasureB clips for two hours between 12noon PST and 2PM PST. We ask that all normal and personal internet postings and tweets by all in the industry and fans alike be withheld for two hours with all social media activity pointing to the two NoToMeasureB video clips. We ask all to tweet, post, share, retweet, Like, + , Pin these two video links found below ONLY during those two hours.

In addition, talent can also be vocal in their fight against Measure B. You know that new iPhone 5 you just bought? Use the video camera feature and record a short video and post it to your Facebook. ” Hi I’m __________, when you vote in Los Angeles County on November 6th, vote No to Measure B! It’s a waste of taxpayers hard earned money!”

That iPad you carry around on set with you? Same thing. Use that to record you and your peers together in a group video saying the same thing. Mac’s have an app called Photo Booth where you can record video on your laptop. Droid users, I don’t know what you have, but I’m sure you have it. Use it.

Girls, another thing that can be done, is after you do your cam shows, say “If you like what you just saw, then support my right to keep doing what I do best and vote No to Measure B.”
Guys, you can do the same thing. If you are shooting content with a quick turn around that posts this month, end the scene with a message to the camera. “If you want to see us deliver the hottest sex to you the viewer, make sure you vote No to Measure B on November 6th.”

Of course, all these can be cut out later after the vote takes place without affecting the scenes.

While Twitter and other social media platforms can be effective, they are most effective when used with video. Showing your face and speaking to your fans humanizes you and shows that you are not some gif image typing out random messages into the ether.

Ladies, if your dancing in LA, make sure your fans know to vote NO on Measure B on November 6th.

It’s important we don’t lose sight of the goal. As I wrote before, they are counting on you to forget and get caught up in your day-to-day life so that you lose focus.

Don’t let this opportunity pass you by. Make your voice heard LOUDLY! Ask for your fans support! This vote can be the difference between your life NOW or financial hardship two months from now.

Don’t talk about it, BE ABOUT IT! Use every means possible to beat this measure!!