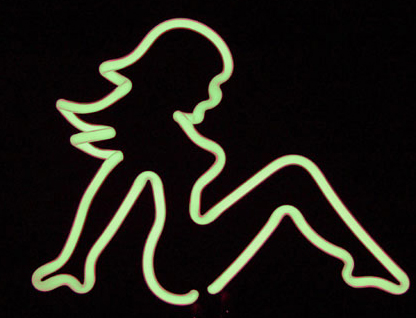 Canada’s strip-club industry says it will recruit international students in an effort to replace hundreds of foreign dancers who will be kicked out of the country under new federal immigration rules.
The industry says many adult entertainment clubs risk going under in light of new changes to the Temporary Foreign Worker program announced Wednesday.
While the Conservative government has already cut back dramatically on the number of new work visas for foreign strippers – just 12 were approved last year – it has nonetheless continued to renew most existing permits.
That will now come to an end, according to announcements from Immigration Minister Jason Kenney and Human Resources Minister Diane Finley. As a result, hundreds of foreign strippers will lose their immigration permits this year.
It is the latest change to a controversial program that is at the heart of federal efforts to respond to growing labour shortages. While this latest change risks creating new labour shortages, the Temporary Foreign Worker program is generally being used to fill a wide range of jobs across the country.
Earlier this year, Mr. Kenney announced that employers with good reputations would be allowed to fast track the hiring of temporary foreign workers and be allowed to pay them 15 per cent less than the average wage for a particular job. Labour groups and the NDP opposition slammed the move, accusing the Conservatives of driving down wages on behalf of employers.
As far as work visas for foreign strippers is concerned, Mr. Kenney pointed to RCMP worries that escort agencies, brothels and massage parlours are connected to human trafficking and sexual exploitation. Wednesday’s announcement is part of a larger federal effort to crack down on human trafficking.
“The government cannot in good conscience continue to admit temporary foreign workers to work in businesses in sectors where there are reasonable grounds to suspect a risk of sexual exploitation,” said Mr. Kenney, according to a copy of a speech he delivered in Calgary.
The new rules taking effect this month will mean that Canada’s strip clubs, escort services and massage parlours will not have access to temporary foreign workers. One government official said a clear statistical breakdown is not available due to several technical reasons, but estimated that Ottawa has issued 496 visas to exotic dancers since 2006.
A spokesman for the strip-club industry said there are more than 700 dancers currently working in Canada on one-year visas.
Tim Lambrinos of the Adult Entertainment Association of Canada said it’s unfair of the government to link legal dance clubs with illegal prostitution. He said the federal changes will actually make many foreign dancers more vulnerable, because many will move to the underground sex trade rather than leave the country.
He also says strip-club managers will have to try new ways of finding dancers to replace the temporary foreign workers.
“They’re destroying the industry by creating a labour shortage,” he said. “You may see Adult Entertainment Association workshops in the University of Ottawa, the University of Toronto, Ryerson, George Brown.”
Mr. Lambrinos noted that foreign students are allowed to work part time and that dancing is a legal profession.
“The word exotic means foreign, and that’s what people want to see,” he said.
Timea Nagy, who became a victim of sexual assault and trafficking when she came to Canada from Hungary in 1998 on a temporary visa, said Ottawa should make sure it tightens the rules around foreign students and visitor visas so that there is no way of getting around the new restrictions.
Ms. Nagy, who now helps human-trafficking victims, said exotic dancing can be dangerous and foreign women are especially vulnerable because their stay in Canada is dependent on a single employer.
“I’m not saying it’s in every club, but it’s very, very typical for me to hear to this day from the girls that we work with that they get harassed or raped or sexually assaulted and it goes unreported. And those are Canadian girls. Imagine what a foreign girl goes through when she goes and works here in a club,” she said. “Super, super vulnerable.”
Yet one advocate for sex workers rejected the suggestion that women are victims in need of more protection.
Toronto escort Julie Grant said women would know exactly what they signed up for because they came to Canada under the exotic dancer category.
“It’s not like they’re coming in to be a domestic or to teach ballet,” said Ms. Grant, an executive with the Sex Professionals of Canada, which includes dancers and prostitutes.
Ms. Grant disputes the government’s claim that this change will make women safer.
“One of the things that happens so often in sex work, is when people are discriminating against us and trying to abolish our industries, what they do is they act as if they are doing it for our own protection,” she said.