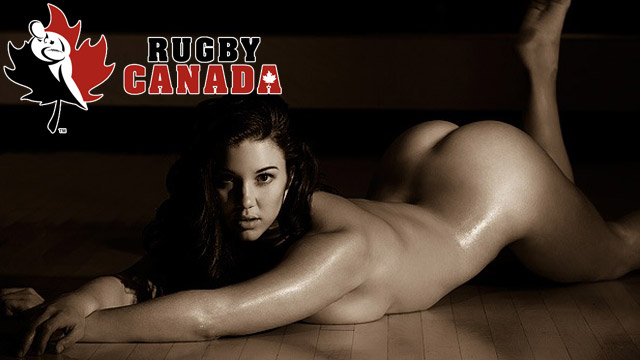 When I think of Rugby the first thing that comes to mind is large smelly dudes, covered in mud and/or blood and missing a few teeth. I defiantly don’t think of hot women with amazing bodies. But after seeing a few of images from the Canada’s national women’s rugby team Calendar that’s changed.

Canada’s national women’s rugby team bares all in their 2013 fundraising calendar created to raise cash as they prepare for the 2016 Summer Olympics in Rio de Janeiro.

The 16-month 2013 calendar , which was shot by photographer Darryl Humphrey and unveiled Monday, features 17 members of the team, who have relocated from their homes across Canada to live, work and train on Vancouver Island.

“Every woman on this team works so hard at being physically fit and eating properly,” Barbara Mervin, a flanker on the squad and spearhead of the calendar initiative, said in a
news release. “It is a reward to have these pictures taken so we can see our bodies in a beautiful light.”

The calendar features tasteful black and white photos. It follows a long-established trend in fundraising amongst teams from a variety of sports.

In addition to helping raise money for the women as they prepare for the 2014 World Cup in France and qualifying for the 2016 Olympics in Rio de Janeiro, Mervin said the team
is hoping to get beyond the “stereotype about what women rugby players should look like” and show their attractiveness.

“But having muscles is very beautiful and being physically fit is very attractive,” she said. “We are elite athletes and we are proud of our bodies.”

These women look great and the calendar is for a good cause.