Sexy British model Cara Delevingne and actress Michelle Rodriguez are at it again. For those of you who don’t read gossip sites or watch TMZ, we have a treat for you.

Earlier this year, the two were goofing off court side at a Knicks game. Rodriguez was clearly drunk but it looked like they had a blast. 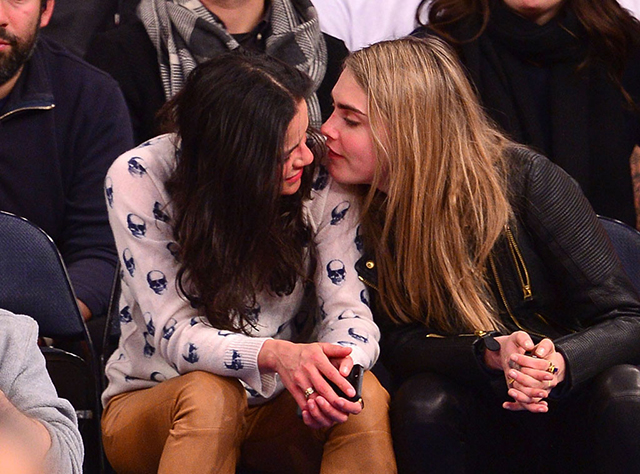 Now this hot couples is on a romantic vacation in Mexico, the two were caught making out topless on the beach. I think Cara and Michelle make an awesome couple, and they should make out topless in public more often.

Watch them make out and let me know how you feel about the duo.