Unsaved by the Bell ; Cassandra Cruz Now Plans to Have Sex with High School Senior 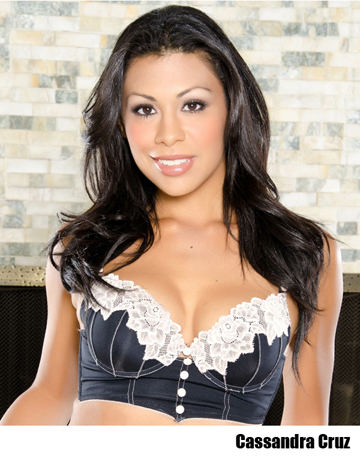 “I told her she couldn’t be serious and do this on-camera but apparently she really wants to bang a high school student.”

“Getting fired by Disney lit a fire inside of me and I need somebody young to put it out.  I don’t know if something is wrong with me but I just have this wild fantasy of getting laid by somebody in high school.”

Among the most beautiful Latina women ever to appear in an adult movie, Cassandra would be every young guy’s fantasy but to see this play out in public and on camera will raise more than a few eyebrows over the coming weeks.

“Listen, we all have our little quirks, fetishes and crazy things we want to do but if this floats her boat and the high school student is 18 then I guess she has a right to do it,” stated a famous adult movie producer that requested to remain anonymous.

Now before people start to think Cassandra Cruz has lost her mind, let it be known that the twenty-something Ecuadorian/Peruvian/New Yorker had been working with the Salvation Army passing out meals and presents to less fortunate Los Angeles families when she got the idea.

“I always enjoy giving back and that’s what I’m going to do with some lucky male or female student in high school.  I’m going give them everything I have and I bet I’ve got something to give that none of those high school girls have.”

In the meantime as this search gets ready to be launched, Cassandra Cruz is getting hired by the best directors and companies in the business because she delivers hardcore fury with a dash of WTF?  Disney’s loss will become some lucky senior’s gain and Zack and his buddies would have loved to get educated like this.

Cassandra Cruz can be see online at www.cassandracruz.cammodels.com and also reached via Twitter @TheCassandraXXX