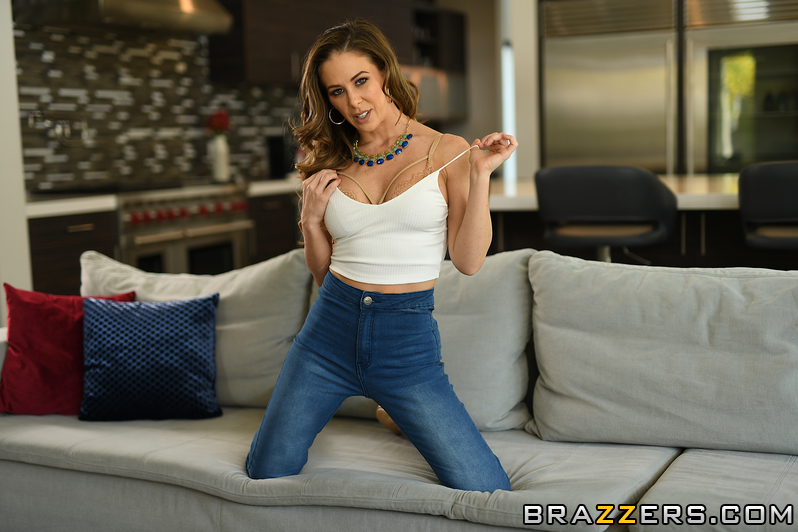 “Stuck On Your Mom” starts with Cherie’s daughter (played by Ria Rose) and her boyfriend, Ricky Spanish, talking to Cherie about their pranks. Cherie’s daughter thinks she’s really pulled the ultimate prank – glue in the lotion. So, when Ricky starts to jerk off in Cherie’s bathroom, she sees his hand is stuck to his penis. He reaches out to Cherie for help, and gets stuck on her breast. After freeing Ricky, Cherie helps him get revenge – with a deep throat blow job and lots of hard pounding. Cherie leaves Ricky satisfied in more ways than one.