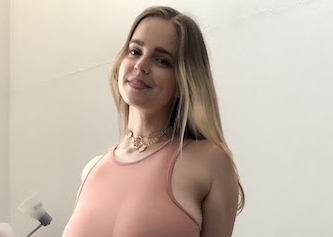 Las Vegas, NV – Adult star Codi Vore appeared recently on the podcast And Now We Drink with host Matt Slayer. The audio version of the interview is available for free, and the full video episode is on Vimeo for subscribers.

Codi’s interview covers a wide range of topics that include streaming on Twitch, psychedelics, weird cartoons and the evolution of the adult entertainment industry.

“I’m always up for talking with interesting people and Matt’s a really fun guy. We talked for quite a while on this episode but honestly the whole session went by fast. He’s very passionate about what he does and that’s something we definitely have in common, we both love making content for fans,” says Vore.

Slayer is an actor/producer/director whose work also includes Jews Love Black Cock, You Laugh We Die Presents and Functioning on Zero.

Fans looking for the latest hardcore scenes featuring Codi Vore can find them on BangBros.com. To engage with Codi on social media, fans can visit her on Twitter, can subscribe to her TikTok feed, or follow her on Onlyfans and Instagram.