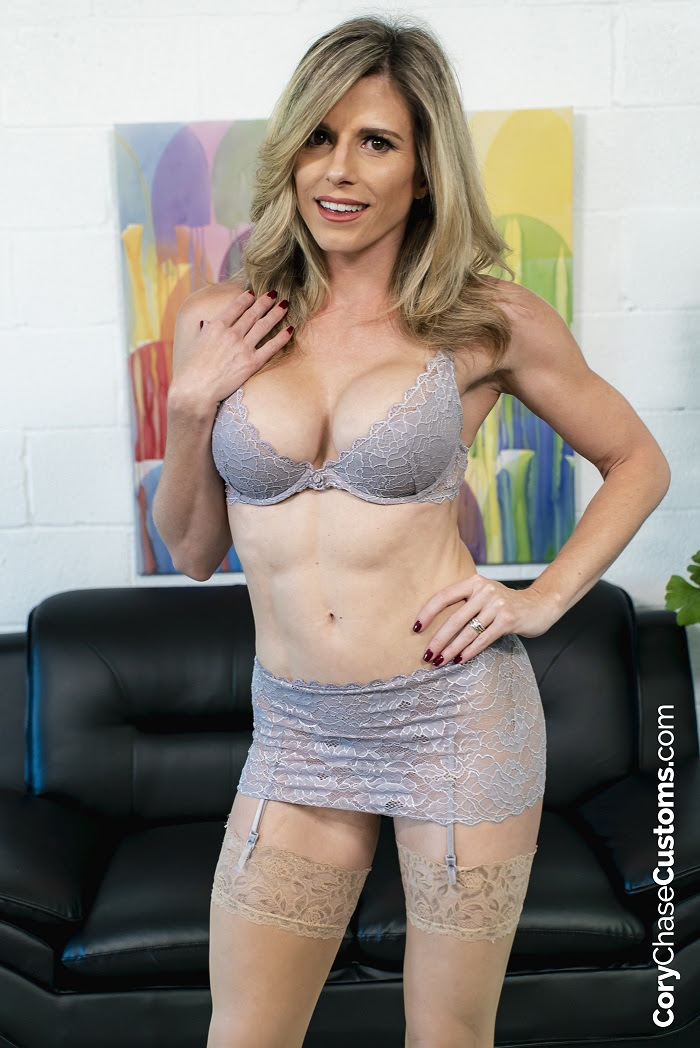 “I want to thank AVN, and especially the fans, for their support,” said Chase. “I’m so grateful that so many people appreciate my work and took time out of their day to vote for me.”

“When I started doing this more than ten years ago, shooting homemade scenes with my husband, we did it for the enjoyment and maybe make some money at it,” said Chase. “Whatever the medium, live or filmed, I love to entertain and make people happy.”

Cory’s fans can watch her working out in her own private gym on www.myfreecams.com at 7:30 A.M. every weekday.