Courtney Cummz is blasting a guy who she says hired her and then revoked her payment on his credit card, AFTER she fulfilled her contract with him.

Here’s some of her tweets-

All I want it to be paid for my appearance which I complete my full signing schedule. He needs to make things right!

Yeap gotta get the word out to protect the other vicitms of this fraud.

Get this he & his buddy scott follow me on twitter & spy. lol ill keep posting until no adult star works with u! PAY ME!

He thought he could pay me via credit card then reverse charges, He’s a FRAUD #jasonmarshallblausteinisaFRAUD

He owes me a $ fo a signing

This is NOT “defamation of character” everyone was there for the event! I signed! PAY ME #jasonmarshallblaustein make thugs right! Pay me

What is his name? Jason Marshall Blaustien

How did you connect with him and make arrangements? He emailed me asking if I would be interested in making an appearance for pay. He emailed me in December and we hammered out the signed contract at that time.

Is there a signed contract for your appearance? Yes there is.

Do you have pictures from the appearance I can post? Yes 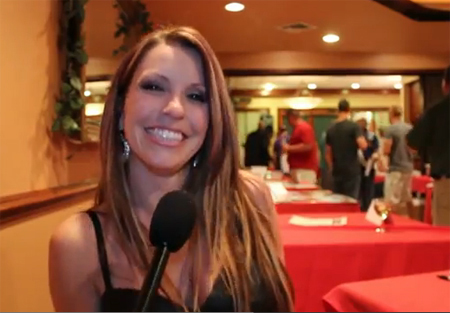 This is a screen shot from an interview she did while at Mother Kelly’s.

What happened with his payment?  He paid the 50% deposit and travel expense two months prior to the event. The remaining was paid by credit card the night of the appearance after I completed the signing.

Does he give you any reason for non payment? I signed 400 photos that he provided. He lost the photos which is not my fault. He asked me to sign more after I had returned home. I declined because it wasn’t my fault that he lost the photos I signed also i used my own 8×10 ‘s for the first 1 1/2 of the event because his were not delivered. I had already complete my signing engagement & provided my own transportation(which was his responsibility) .To get me back, he reversed charges on his credit card and my processor took that money out of my bank account.

NL-All of the above is Courtney’s version and opinion. I’ve written to Jason, for his side of the story. I’ll post it if he sends it.