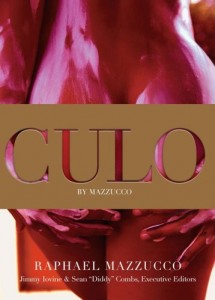 Just in case you haven’t heard, a new book has been released entitled Culo by Mazzucco, with Sean “Diddy” Combs as an Executive Editor. What is it? A book chock-full of culo (which is Spanish for ass)!

That being said, the book has already spawned some controversy over the images shown within. Complaints about excessive retouching, artistic improvements, and poor culo choices are generally to blame. One commenter from Amazon.com states: “You can spend spend 20 minutes online and find more beautiful pictures of culo than almost every image in this book. Paris Hilton? Pamela Anderson? Really?”

I couldn’t agree more. It’s really hard to fulfill everyone’s wants and needs, and I don’t want to bash the book too much, but I do want to celebrate some of PORN.COM’s bountiful booties. Here is just a handful of culo from the PORN.COM catalogue:

Note: Click on each image to go to it’s respective video!

Her booty literally caused a car accident! No joke. Watch the video to get the details…

And last, but definitely not least… an ass that may have gone unnoticed by some…

…and if none of these images satisfy you, we have plenty more, and I guarantee we have at least something you will like. One of our other Round Juicy Butts scenes? Perhaps some Whale Tail’n?

So go ahead, take a look. What are you waiting for?