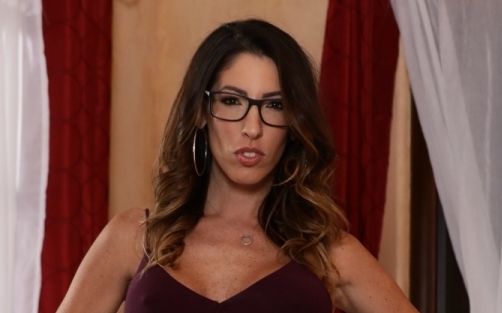 Los Angeles – Dava Foxx is featured in a thrilling new scene for Zero Tolerance that will make fans want to hand over their wallets. Released on Tuesday, “Gold Diggin’ MILFs” from director Mike Quasar, features Dava as the hot honey of Lucas Frost, who doesn’t seem to appreciate Dava. When he suggests she spend less on clothes, Dava scoffs at the idea, and reminds him she can find a new sugar daddy any time. And Dava is willing to proof exactly what Lucas will be missing if she leaves with a blow job. After some doggy and cowgirl, Dava convinces Lucas she’s worth every penny.

“I had such a great time filming this scene,” said Dava. “First, Mike Quasar is one of the best directors out there, so I always enjoy the opportunity to work with him. And, the cast and the rest of the Zero Tolerance crew were great as well. I know my fans will want to watch this scene over and over!

If you are attending the Adult Entertainment Expo next month, stop by the Cams.com booth to meet Dava in the flesh. She will be greeting fans and posing for pictures, as well as signing autographs and selling merchandise. Find Dava there on Thursday and Friday from 4-8pm, and Saturday from 12-3pm.

Visit Dava’s official website, TheDavaFoxx.com, or get a subscription to her OnlyFans page. Fans can talk to Dava via TextDava.com or on NiteFlirt.com. To purchase Dava’s exclusive Snapchat, or to just send her money to show your dedication, visit her FanCentro account.