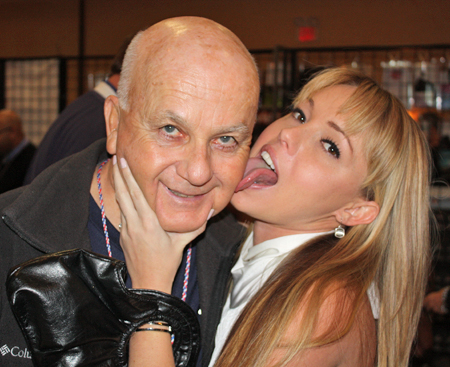 I basically shut down Dave Cummings Productions a few years ago when it became evident to me that the pirates and down-loaders made it seemingly impossible to continue. I’ve tried to keep positive, but it’s now time for this column to wave the white flag, and for me to concentrate on performing for other companies whenever a booking comes along; sex will still be occasionally available to me via San Diego’s swinging community and  groupie coeds, and the hope that the rest of the porn world can keep surviving so I might have some future booking/performing opportunities. Piracy has taken a heavy toll on many companies and personnel. It’s happened.

As you might have noticed in the past, I frequently quote other columns. One of my favorites has been, and remains, “Sexual Intelligence”, written by Dr Marty Klein, Ph.D.  Found at www.SexualIntelligence.org, the many top-notch articles in each month’s issue have topics that are so on target that I recommend you sign up for his newsletter.

To give this month’s “From The Trenches” validity, below is one of the many  fine reports in Marty’s most recent posting “Reprinted from Sexual Intelligence,copyright C Marty Klein, Ph.D. (www.SexualIntelligence.org).”;

See, Marty Klein is one sharp, professional, and in-tune gentleman!

Take care everyone; and, Happy Holidays