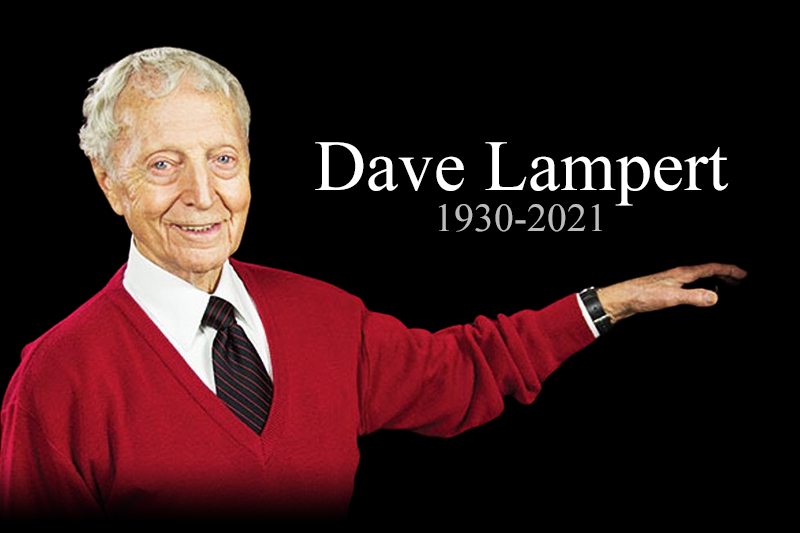 Dave Lampert, founder of the world-famous sex-machine Sybian (https://sybian.com/), has passed away at the age of 90.

“In 2010, I was honored to interview Dave Lampert. I was humbled that he took the time out for someone like me, who was new to podcasting and breaking ground when it came to the adult world in kink and interviews. The night that I interviewed Dave, he was supposed to be on a plane to New York to be interviewed by the great Howard Stern the next day. I loved Dave. He had a passion for Sybian, his creation, and as a writer and producer, I understood and respected the drive he had for the success of his empire. Dave loved every aspect of the products he made and designed. I know his legacy and empire will live on,” said Marabelle Blue of @KinkEMagazine

Today, Sybian and Venus for Men are globally recognized brands, and Dave’s ideas have grown into a successful family-run business. Dave’s greatest joy in life was his family. Being able to work side-by-side with them doing something they all love brought him great joy for many years. The company continues to offer great customer service and quality-built products. Dave remained involved in the daily business of his company until his health no longer permitted it. Dave and Sybian appeared numerous times on The Howard Stern Show. In 2016, Dave was recognized for his life’s works and contribution to the sexual health industry, receiving the Lifetime Achievement Award from the Adult Video Network.

“We lost an icon in our industry, Dave Lampert. I want to celebrate his life. Dave is best known for his contribution to the field of sensuality/sexuality for his invention of the Sybian. In my talks with Dave, I found out about the man dedicated to women’s orgasms. Dave felt that women had so much more in them than most ever would experience with their partners. He wanted to give them a chance to experience multiple orgasms by riding his machine. He wanted them to be free to experience as many as they wanted. He also wanted them to be in control.” said Laurie Handlers of www.LaurieHandlers.com.