This is just a bit of random news that caught my eye last week, and I desperately wanted to do a blog about them.  I felt these stories were compelling and different enough from each other, to compound what I’ve been doing as of late with my blogs.  If you haven’t noticed, I’ve been compiling some of the most random stuff out there, to share with you all, as for me, one of the biggest things with the internet is how you can find anything and everything you are looking for and those things are always disguised with info you are not looking for.  So as they say, “welcome to the internet, let us be your guide!”

and the plus sized super models of today!!!  Dedicated to the average women of the U.S (which is a size 14)
If you haven’t heard of Brittany Gibbons yet, chances are you will eventually.  She’s a writer, humorist, and most of all catalyst.
She’s a witty writer, filled with self depricating jokes, but is quickly becoming a positive role model for women everywhere.  She speaks to society as a whole, from a bigger womans perspective.  The beauty is not just on the inside with these women, they view their own bodies as temples and see the sex appeal in all sizes.  And frankly, so do I.  Nationally recognized for the online women’s magazine “Curvy Girl Guide” and works to promote body image advocacy in women, and resides in rural Ohio with her husband and three small children.  What started out as, a simple day of shopping for a bikini, turned into an online journal of frustration that resonated with many readers.  It turns out Brittany had become a “voice” for other women that too were struggling with their weight and insecurities.  Brittany started posting pics of her body in bikinis, and the response was…… well instant, and ver, very awesome. 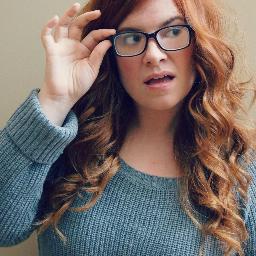 is the lead singer of the Christian Heavy Metal (Metal-Core) band, “As I Lay Dying.”  He is also the guy that is in the headlines right now, for hiring an undercover police officer to assassinate his estranged wife.  Nice move Christian, let me guess….”the devil made you do it?”
The singer should be enjoying the furits of his labors on being the lead singer of a highly successful heavy metal band, but instead he is dealing with a very possible prison sentence.  Tim was arrested and charged with three federal counts including solicitation, of another to commit murder and two counts of conspiracy to commit a crime, according to the San Diego County sheriff’s department.
Now, I have seen enough Law & Order: SVU episodes to know that the cops want to put this guy away.  They will not allow him to get off, and if he does, they’ve made sure to cover their tracks with enough backing crime charges to still put him away regardless.
Basically what happened was, on May 7th, the singer allegedly solicited an undercover detective to kill his wife, Megan Lambesis.  This was after police received a tip on May 2nd of the alleged plan.  The couple is dealing with a divorce after Tim was issued papers in September of 2012.  Now I’m not going to even come close to defending this guy, but I will say this….The alleged scheme probably happened cause Mrs. Lambesis wanted to take this guy to the cleaners draining him of all his money.  We as the public assume rockstars have millions, and while they probably do, it’s safer to say they probably don’t.  The fall of the major record labels, and them used to being big time players, don’t exist anymore.  Thanks to the internet and piracy, we are now able to get our music for free.  If no one buys albums anymore, is it easy to understand that the bands aren’t getting paid?  I think so.  It’s like, if movies made no money anymore, and theatres couldn’t bring in a crowd on opening night to save their lives, the big movie studios would be bankrupt.  On top of that, would actors still be paid?  Entertainment as we know it, would be over.
The stresses of being famous can get to people, the lack of understanding with a partner, can be frustrating.  But under no circumstance, does that vindicate an attempt to commit a murder.
Having said all that though, look at the transformation this guy has gone through, over the years.  From meek to beast!

Here’s The Before And After:

Earlier this week, Charles Ramsey put an end to a decade old abduction case in Ohio involving three missing girls. Thanks to a very enjoyable YouTube clip, he became an Internet superstar in the process. Ramsey’s love for justice, as well as McDonald’s, has thrust him into the national spotlight, where he can hide his identity no more. America, meet your newest superhero: Charles Ramsey, the hero Cleveland deserves.
I know that the real heroes are the three women that survived this horrific ordeal, but in order to give them some privacy, it’s best to continue talking about our seconday hero here, Mr. Charles Ramsey ?

THIS IS THE ORIGINAL NEWS INTERVIEW.  CLASSIC TELEVISION!!!

HERE IS THE PARODY OF THE INTERVIEW.

AND WOULDN’T IT BE AWESOME IF THESE TWO GOT TOGETHER?

And just because we can, I wanted to throw in a little video of Sylvia Browne and her epic fails, because guaranteed this fraud that’s swingin’ from Montel Williams’ balls, sensed these women were dead.