NL- Thank you very much for writing me Derrick. There are many rumors swirling around, and the only way to get the truth out is to talk directly to the person who is living in the situation. This Info clears up a lot. 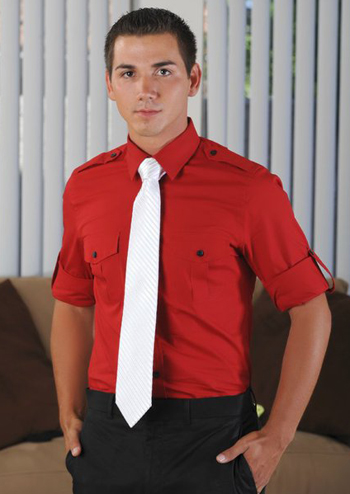 You are correct, I did attend my court hearing and I have a great attorney taking on my case. As far as outstanding warrants in Orange County and Los Angeles..those have recently been addressed. My warrant in Orange County was due to an unpaid court balance that I was un aware that I still owed for a wet and reckless I got almost two years back. The warrant for LA was for failure to appear to my last court hearing to give an update on my classes because again, I was out of state at the time. I am in no way a hard criminal and I have a total of two misdeameanors on my record.

In case you were never informed, or maybe you didnt read the press articles, Los Angles County Health Officials confirmed that I not only worked with one, but two HIV positive performers that were confirmed by my agency that I worked with. As a matter of fact, the Center for Disease Control did a huge report on the entire issue and did an in depth investigation.

The way I contracted HIV was through Oral because I had gonoreah in the throat at the time. Even AIM can confirm that I tested positive for gonorhea and I was given a couple pills to get rid of it. I did a gay shoot where testing was not required due to condoms being worn on set. If you do your research you will find that you are three times more likely to get HIV if you have an active std in your body. At that time I had herpes and gonorhea.. Making it very possible to get it oraly.

Regardless of how people think I got HIV doesn’t really matter. The fact is that I got it, I could have very easily given it to other performers in the industry before testing again, and testing is not enough.
I do take responsibility for my actions and of course I knew the risk of working in this industry. I am doing great and I am making the most out of my situation.

To clear the record… AHF is not paying me in any way, and it is the state that is paying for my medications along with the Ryan White Foundation.

Before posting stories please make sure you have your facts straight.
Thanks,
Derrick