Well, lots of men do the no shave November, and what they get out of it? That’s right, just beards! Then there are those who took part in the No Nut November, and rumor has it that they may end up with fucking superpowers. I guess that leaves us at, did you do the No Fap November?

What is No Fap November? 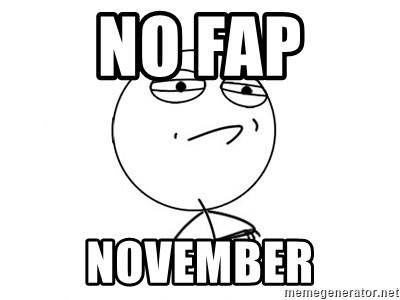 For those who have no clue what we are talking about, allow me to put you up to speed. Well, at first, this might appear to you as an average, dumb internet challenge; you know, something bizarre and fleeting. On the contrary, No Nut November (abbreviated as NNN), is serious and different.

While some men just do it (abstain for a month-long period), the challenge has a blacker side and sometimes dangerous consequences that touch even those not participating. Nevertheless, the challenge has grown popular over the last few years, and somehow it got in the mainstream. On November 1st this year, Burger King tweeted referring to the challenge; “him: it’s only a month / waifu (slang for a female partner derived from anime and manga)……….. Crying emoji”. On one Reddit forum devoted to adults making attempts to relate with teenagers, a post with over 40k upvotes read, “Yep guys. Burger King just acknowledged No Nut November.” 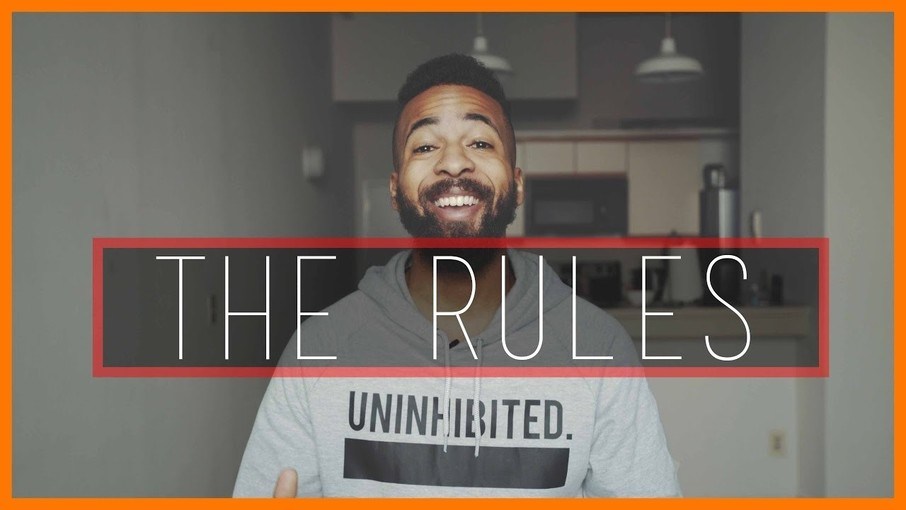 NNN operates under pretty straightforward rules, the most crucial of them being not to crack your nuts in the entire month of November. According to a sub-Reddit, details of the NNN rules go in the lines of “ONE WET DREAM IS PERMITTED,” “NEBs (Non-ejaculatory masturbation) and pre-cum are permitted,” and “SEX INCLUDING BIRTHDAY SEX LEADS TO A STRAIGHT DISQUALIFICATION.” Besides, there is a three-strike forgiveness policy. There is also a post on the sub-Reddit providing useful guidance for those participating in the challenge. The advice given include; “DON’T. EDGE,” “Keep your bladder empty,” and “Don’t fucking be alone.” Can anyone survive the challenge? 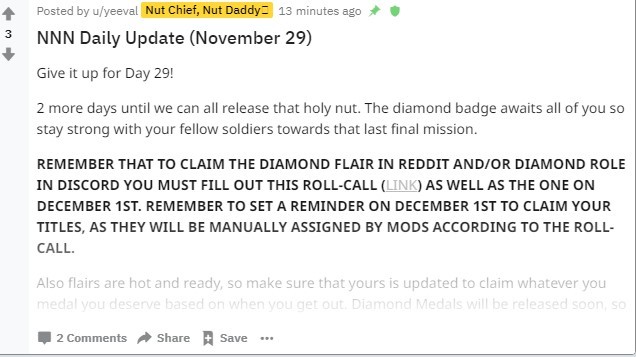 On the sub-Reddit r/nonutnovember, a roll call of guys participating is done on regularly to identify the number of “soldiers” still standing strong. Nut chief, Nut daddy, will often post a link on the forum where guys can indicate whether they are up to the challenge. He goes ahead to encourage fellows with the countdown the d-day of releasing the “holy nut,” and also by reminding them of the Diamond NoNutter Flair in Reddit and/or Diamond NoNutter Role in Discord prize.

On one of his posts, he says, “Give it up for Day 29! 2 more days until we can all release that holy nut. The diamond badge awaits all of you so stay strong with your fellow soldiers towards that last final mission.” 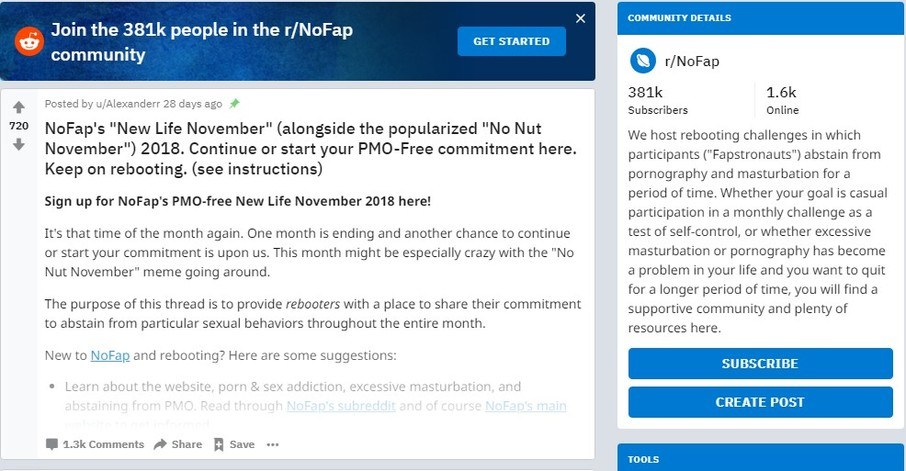 “Some users of NoFap®…have been discussing ‘No Nut November‘ and finding it to be a fun event that motivates them to reach their goals,” a NoFap representative explained 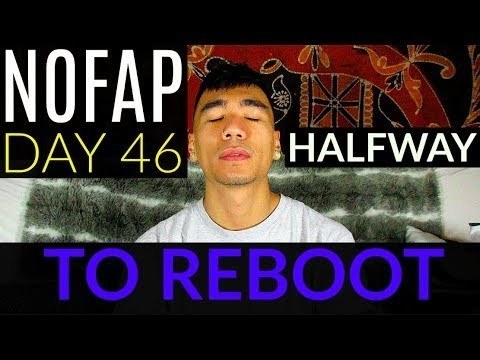 Maybe you did, maybe you didn’t. Come next year, there will be another challenge and whether you participate or not is entirely a personal decision. Who knows you may end up being rewarded with the “superpowers”. However, if you ask me, the girls won’t start looking at you because they sense that you are not fapping, they will because you are not sitting in a fucking room jerking off.