“We are anticipating 1,000-plus for this monumental event. This is Sin City, after all,” continued the statement. 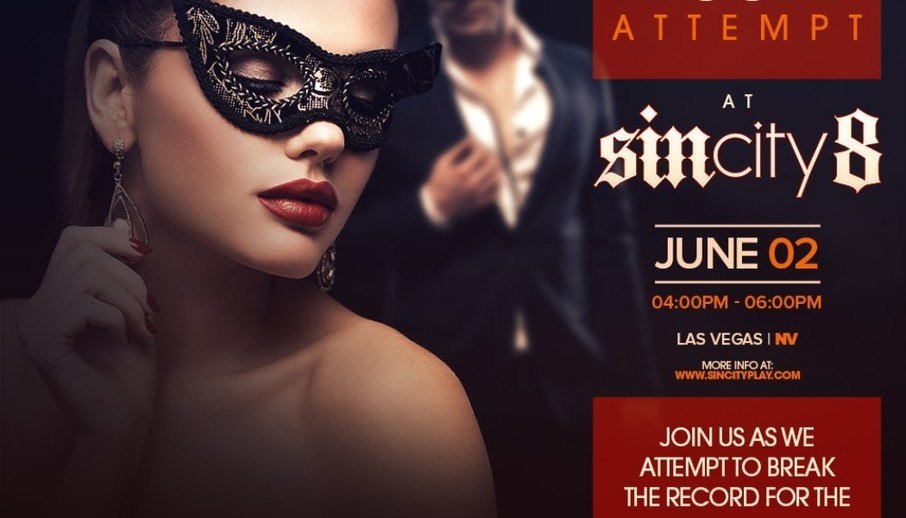 According to the organizers, participants can expect ‘a clean, comfortable space with clearly marked areas for waste and linen disposal.’ Perhaps even better, participants will be given complimentary condoms, lube, hand towels, hand sanitizer and ‘sexy swag.’

Upon arrival, you will be expected to produce a photo ID as well as sign a waiver to show that you have read and understood the established consent (for example, no means no, don’t lay your dirty paws on anyone before you ask, etc.). Anyone who violates the rules will be immediately ejected from the event. According to the Menage Life’s website, there will be “security officers who are members of the lifestyle monitoring the playroom the entire time.” You’ve been warned. However, you can ‘play’ as you please with your partner or anyone else as long as there is mutual consent. It is normal for people to have their concerns about attending the event for fear of ridicule because as you know, such an event is bound to attract a lot of media attention. The organizers have foreseen that and participants will be provided with a mask to protect their anonymity. Alternatively, you are invited to bring your masks and props at your convenience. The last thing you want is for your mum to see your face splashed across tabloid magazines.

The organizers are encouraging people to ‘book the entire weekend because Sin City 8 is a four day 100% lifestyle & kink Vegas hotel takeover with pool parties, theme nights, playrooms, sex playshops, dungeons and more including a ‘slut Olympics.’ That sounds like so much fun and it’s definitely not something you would wanna miss out on.

Although the organizers are hoping to break a record (and even brags it will happen), no representative from Guinness World Records officials will be attending.

“I can confirm this is not a record title that we recognize or monitor,” a representative for Guinness said. “Therefore, there will not be a Guinness World Records Adjudicator on-site for this event.”

Either way, this is not going to dampen the spirits of any potential participant because the organizers promise one hell of a party.

Is there really anything to be added? The stage is set for what is surely going to be a kick-ass party in Las Vegas. If you have some money and time to spare, better be looking for a partner because from the look of things, Menage Life will not be fucking always around. This promises to be an event of a lifetime that is sure as hell going to go down in history. Wanna be a part of it? You know what to do.

The ball is firmly in your fucking court.