Renowned action movies actor Dolph Lundgren gave his strict military father the shock of his life when a picture of him bare-chested, in a leather pair of trousers and a woman in his arm made it to a newspaper in his native Sweden. His ex-army father, Karl Lundgren, actually believed his son was in the United States studying chemical engineering.

“He opened the paper one day and saw me. I guess he fell off his armchair and thought, ‘What the hell?’ ” said Dolph.

What his father didn’t know is that his beloved son was a party animal at notorious New York club Studio 54 and enjoying group sex with his celebrity girlfriend Grace Jones and her friends including the likes of Jennifer Dickinson.  The “Rocky IV” star spoke of his wild threesomes, sometimes even fivesomes to British tabloid newspaper, The Sun: “That [the orgies] happened on occasions, with or without Grace. Sometimes she would bring a girlfriend home and then I’d have to get up for work the next day and that kind of thing. I’d say at the most it was four or five girls, perhaps.”

It sounds like that was loads of fun, but the 6-foot-five star has other thoughts, of course in retrospect: “It’s great in theory, but when you have to get up and fight Sylvester Stallone in the morning, it’s not such a good thing.” Dolph Lundgren, 60, used to date Grace, 70 in the 1980s. The two met when the ‘Pull Up to the Bumper‘ hitmaker hired him as a bodyguard. At the time, he was working as a bouncer in Australia where he was pursuing his master’s degree at the University of Sydney while Jones was touring the country. As a martial arts ace, he certainly had the credentials to be a bouncer, having won the European karate championships in 1980 and 1981.

Lundgren was due to travel to Boston in 1983, where he had won a scholarship to continue his studies at the Massachusetts Institute of Technology. Once the two became lovers, however, he changed plans and followed her to New York instead. Once there, he enrolled in acting school but continued to work as a bouncer at night to boost his income.

In 1985, he landed his first gig in the James Bond film “A View to a Kill” in which he starred alongside Grace. It was around that time when they started frequenting the notorious Studio 54, partying hard alongside heavy hitters like David Bowie, Michael Jackson, and Andy Warhol. 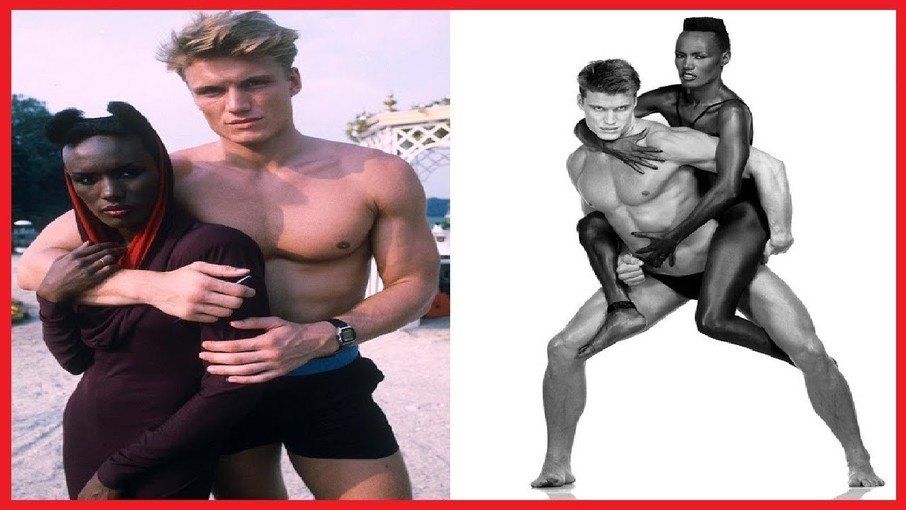 Those were certainly fun times: “It was an adventure — it was a total break from my past and my parents and their upper-middle-class and academic life in Sweden,” he explained.

A lot of people were doing drugs in New York at the time, and although Lundgren tried his best not to get too involved, the same cannot be said of his superstar girlfriend.

He told The Sun: “Back then everybody in her circle was doing heavy drugs — cocaine, crack and smoking weed. I didn’t know anything about drugs; I was just training at the time. This was before drugs were a menace to society, it was just rich people who were having fun at Studio 54. They weren’t breaking into cars stealing shit and killing people, so nobody cared. You could do drugs openly in a restaurant in New York in the ’80s, and nobody would say anything, not even the waiters. It was fine at the time.” 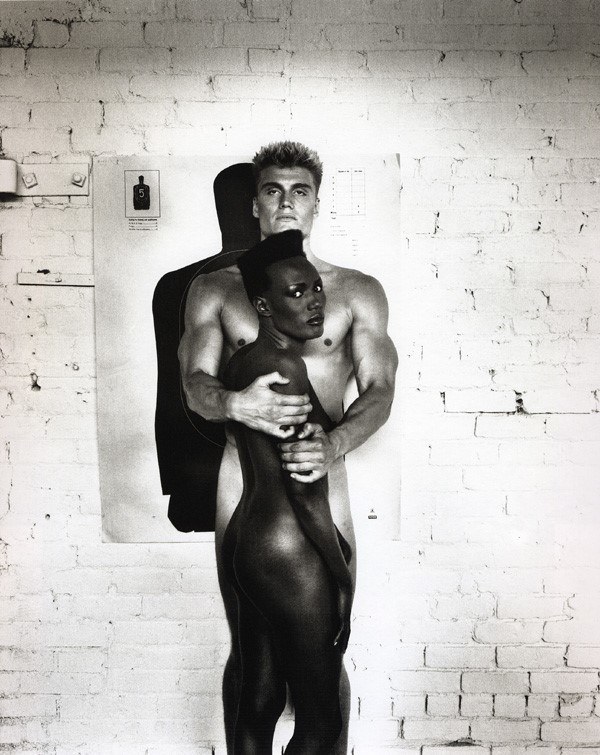 He later landed his first major role in “Rocky IV” alongside Stallone of the Rambo fame, and his life changed completely. The movie was so successful, grossing $300 million at the box office and making the 28-year-old a global superstar. His life was never the same once he and his girlfriend hit the red carpet during the film’s Los Angeles premier in November 1985. He walked out of the theatre a totally different person, and his girlfriend was not too amused.

He explains: “I literally walked in the theater as her boyfriend with people trying to shoo me out of the way to take pictures of her and, 90 minutes later, when I walked out, people were trying to take pictures of me instead. It was one of those things that happens once in a while in Hollywood, somebody totally unknown becomes famous overnight. Other women showed up, she got jealous, and she couldn’t handle it. People wanted me to go to openings. It was a lot of strain and, within six months, the relationship was over.” Call it the mother of all ironies.

Catch him in his new role as host of ITV4 show “Take the Tower,” which airs on Tuesdays at 9 p.m. on ITV4.