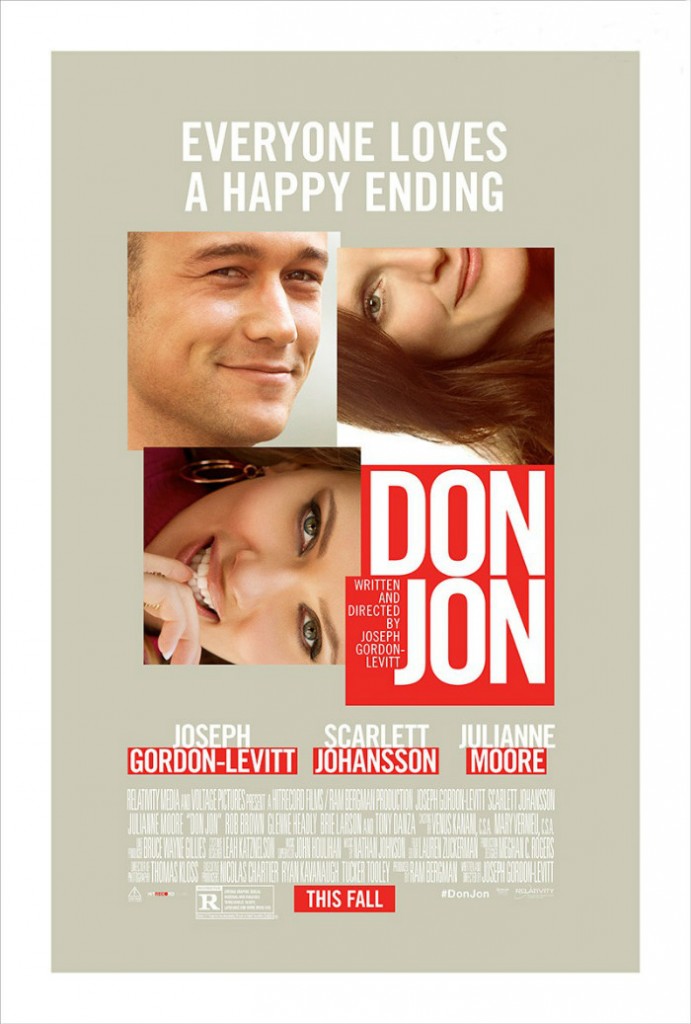 Enter Scarlett Johansson. Her character, Barbara Sugarman is the first girl to tame and domesticate Jon, using the irresistible bait of withheld sex as leverage to mold him into the idealized version of what a boyfriend should be, which happens to fall in line with schmaltzy, shit-tastic Hollywood romantic comedies.”A real man would do anything for the woman he loves,” Barbara says with brainwashed conviction.

The film explores Jon’s addiction to online pornography as well as Barbara’s shallow and easy fascination with sugary, paint-by-the-numbers romantic comedies. They each get off in their own deluded way, only Jon has the luxury of befriending a revelatory Julianne Moore to help Jon realize that a perfect connection is one that is mutual and healthy.

Instead, “Don Jon” is a very fast-paced, funny and sharp celebrity vehicle with various characters acting as living, breathing diagrams for Gordon-Levitt’s thought-provoking thesis: how much fantasy can one live in before it’s indistinguishable from reality?

And no, there are no Scarlett Johansson boobs.