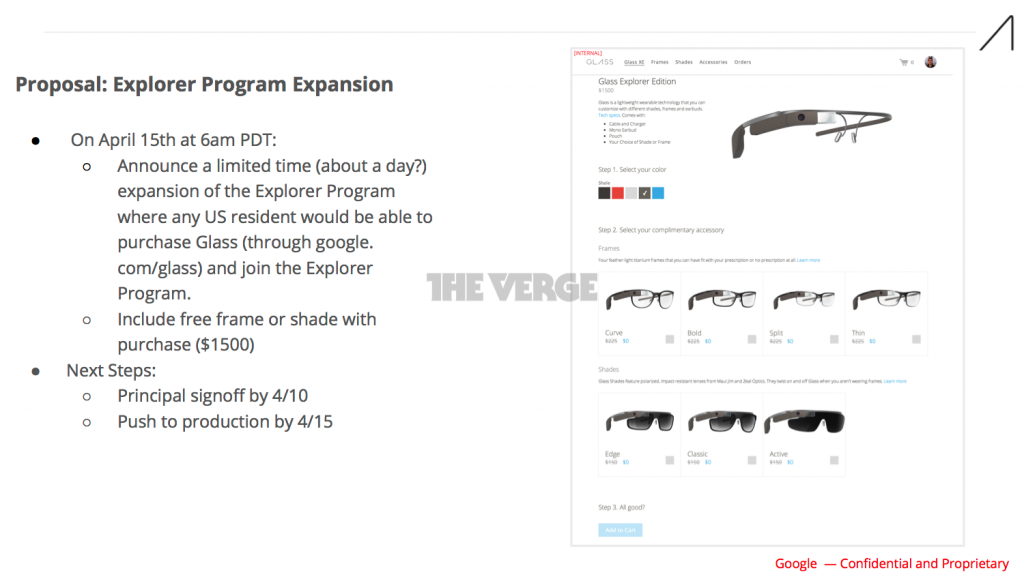 Scratch that, they’re still hipster-esque. The frames come in either prescription or shaded lenses, your choice. It should be noted this wave of glass is still under a beta program, and hopes new users will be able to add their voice in shaping how this new wearable technology performs and functions. To understand this whole concept a little better, Google Glass at its core is an android device that will pair with your smartphone in order to display alerts and run apps. There’s been some cool development in the app world so far, including a golf app as well as real-time translation tools.

So far, glass users have actually been criticized for infringing on people’s privacy, getting banned from bars and restaurants and issued tickets while driving. Google since urged Explorers to not be “glassholes“.

OF COURSE, ALL WE CARE ‘BOUT HERE IS GETTIN DOWN AND DIRTY WITH THE GLASS!