There has been a story hitting the news lately that is making me chuckle even though it’s probably not at all funny for the lady that it happened to. Apparently she was having some backdoor fun with a small to medium sized butt plug. Now, this toy was safe for backdoor play. It had a flared base to make sure that it didn’t get sucked up inside of her and lost inside. However, her lover ended up getting a little too excited and he pushed too hard and shoved the whole thing in! When you see the toy you can imagine that would be a little bit painful and in fact, the situation turned out to be so difficult that this lady had to go the ER to get the toy out of her. Her lover was a bit of a jerk and he actually left her there with the toy up her butt because he said he had to work early the next morning (hint: what NOT to do with your date!) 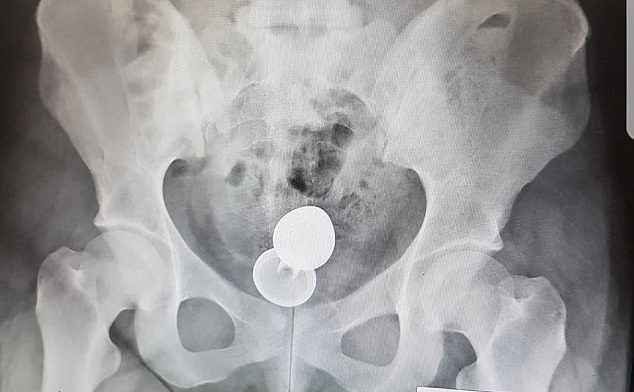 When she showed up at the hospital, the girl wasn’t allowed to pass it out the natural way because of the sharp edge of the base. That posed a risk to perforating her delicate insides so she actually had to go under the knife to have it out. The girl’s name is actually Emily Georgia and she decided to go public with her story because she wanted people to know that they should go to the hospital if they can’t get something out of their butts. Some people might not go because they are embarrassed or afraid of what the doctor might say, but Emily wants you to know that “people at A&E [British for ER] see things like this all the time and will have seen far worse things up people’s rectums. The hospital staff were amazing – they were so funny and never once made me feel uncomfortable, that’s why I find it so easy to talk about.”

So, even if you play with butt toys safely and everything fails, there is always the option of going to the ER to get it out. Most things can be passed naturally, but if it is something sharp and you don’t want to take the risk, get it out as soon as you can! You’ll be glad that you did and your booty will thank you. Luckily for Emily she will be able to use her butt again for pleasure sometime soon, but hopefully she ditched the guy who left her high and dry after making a bit of a mistake. Butt stuff can be fun but don’t just leave someone with something stuck up their butt and go to bed!