Vivid Cabaret New York held an “End of Summer” party under the stars on its Roof Top Lounge that attracted VIPs from the business world and sports stars. “I won’t reveal any names because we respect everyone’s privacy,” explained Vivid Cabaret Girl Francesca. “But I can tell you that it was a great party.”

The champagne was flowing, and there were beautiful Vivid Girls everywhere you looked. “The Roof Deck is a great place for a party, and many like that they can smoke and light up a cigar,” said Vivid Cabaret girl Cindy. “I remember sharing a cigar with adult film star Ash Hollywood. She’s impossible to forget.”

Vivid Cabaret is the New York home of the Vivid Adult movie stars and the sister club to the world famous Rick’s Cabaret NYC, located just four block away. A magnet for New Yorkers and visitors alike, the club is known for its exciting atmosphere, cutting-edge decor, and the tallest stripper pole in the city. The Roof Deck Cigar Lounge and Garden is a favorite spot for celebrity, business, and private catered events. 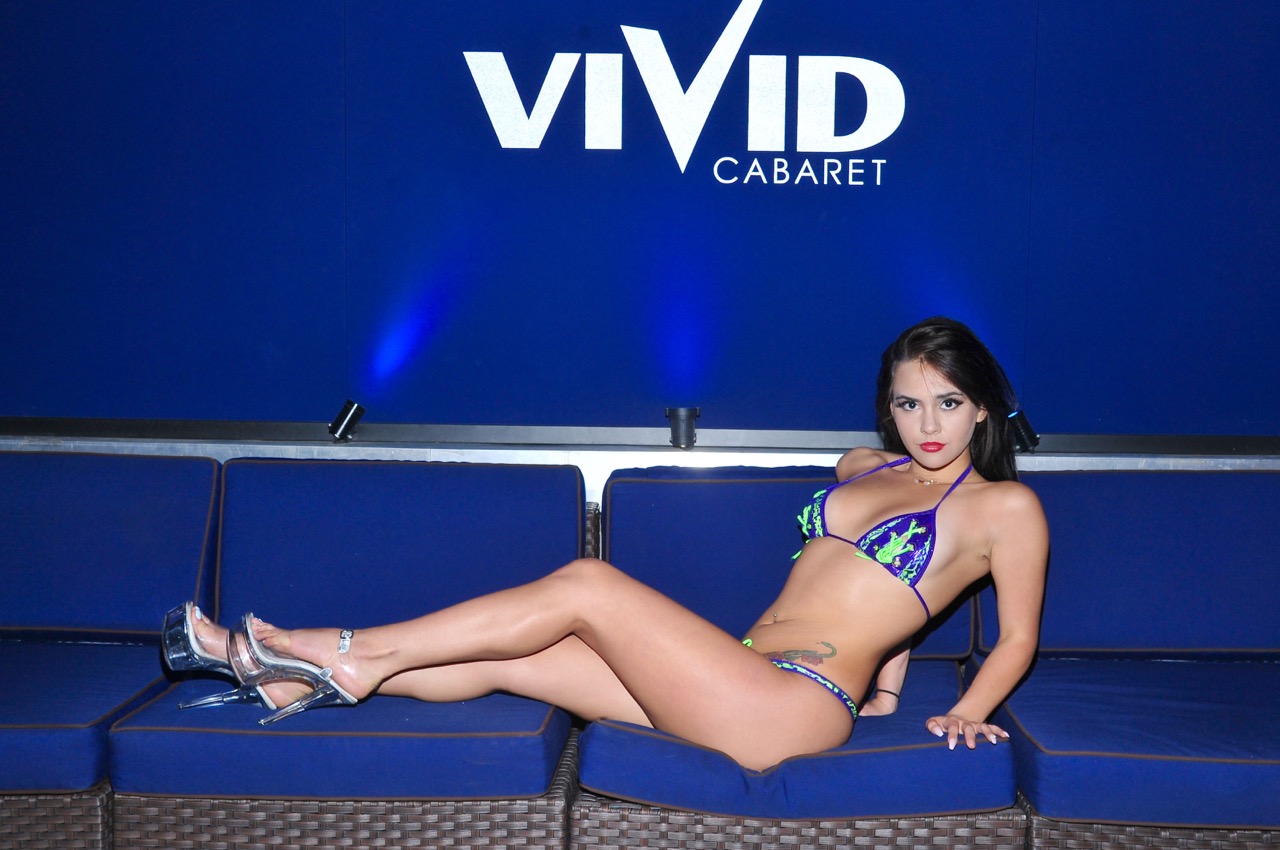