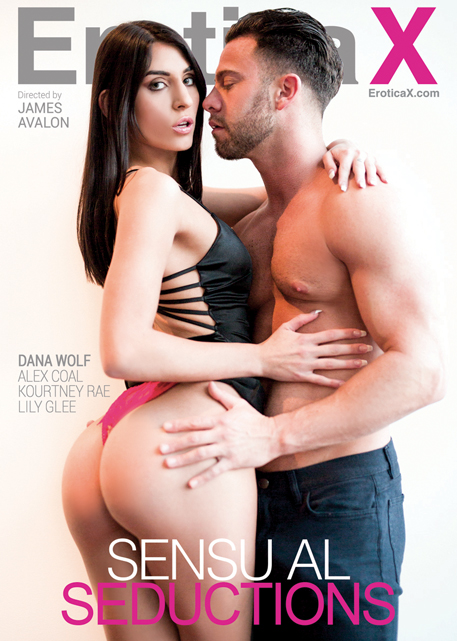 “Sensual Seductions,” opens with Alex Coal who has a thing for athletic guys and after watching her brother and his best friend Lucas Frost playing some ball, she decides to seduce Lucas the next time he comes by. Next, when student actress Lily Glee helps a fellow classmate with a scene for his performing arts class, things quickly get hot and heavy. In scene 3, Dana Wolf needs a date to the prom, so she hits up an old friend and uses her feminine wiles to take her instead of his girlfriend. Finally, Kourtney Rae gets annoyed by the gardener’s noisy leaf blower, but once she sets her eyes on the hunk of a man, she decides to turn on the charm to get what he’s got.