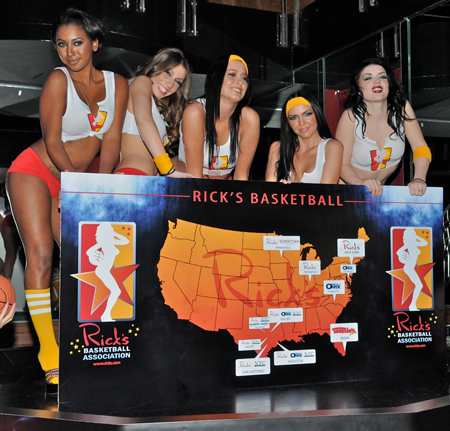 The topless dancers from the Rick’s Cabaret group of gentlemen’s clubs announced recently they had formed their own basketball league to try to take up some of the slack as the National Basketball Association negotiations bogged down. Rick’s Cabaret International, Inc. (NASDAQ:RICK), is the publicly traded group of 23 upscale gentlemen’s clubs that are popular with pro athletes and their fans.

Dancers from Rick’s Cabaret/New York City have already been outfitted with sexy new uniforms, but until this week they were without a coach. Their new mentor is expected to whip them into shape to compete against teams from the company’s other clubs. The first game is expected to be against Rick’s Cabaret/Minneapolis, followed by a match with the girls from Tootsie’s Cabaret in Miami and other Rick’s Cabaret locations around the country. The league schedule will be announced in January. 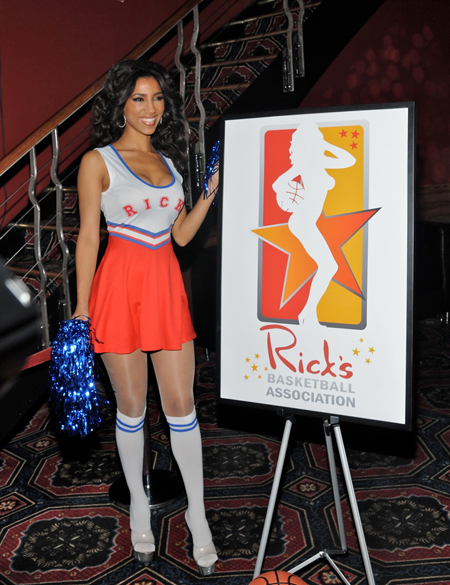 “People will be amazed when we tell them who our coach is, because he was one of the great players in the NBA” said Gianna, a player for the New York team. “The girls are really excited. We’re practically busting out of our tops! We plan to give him a really warm welcome on Tuesday.”
“I hear he’s going to have us do a workout on Tuesday in front of the press,” said Sky, the point guard for the team. “I can’t wait to show off some of my moves!”
Media Contact: Lonnie Hanover,  [email protected]