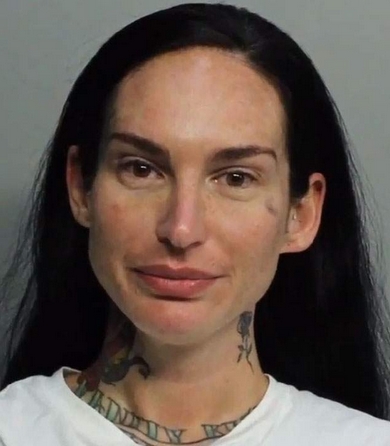 MIAMI BEACH, Fla. – Officers released several videos on Friday in the case of a DUI hit-and-run crash in Miami Beach. It involved an ex-porn star who was accused of running over a pastor. She was driving while impaired by alcohol or drugs before taking her damaged car to a skyscraper to visit a celebrity friend in South Beach, police said.

Kitty Bella was behind the wheel of a black Mercedes-Benz. She was traveling eastbound on the six-lane MacArthur Causeway on March 25, police said. Rev. Noé Aguilar, of the Pentecostal Church of God, was on his way home after work about 11:30 p.m. near the Terminal Isle.

Video shows the mangled bicycle Aguilar, a father of two, was riding. Instead of stopping to help him, Bella, 31, drove to the Continuum, a residential skyscraper on South Beach, police said. She gave the car keys to a valet attendant who quickly noticed she had been involved in a crash, police said.

The Continuum’s staff reported it to the police. Video shows when officers approached her car. It had a cracked windshield and a wide dent on the hood. A tow truck driver removed it from the Continuum’s parking garage and police officers seized it.