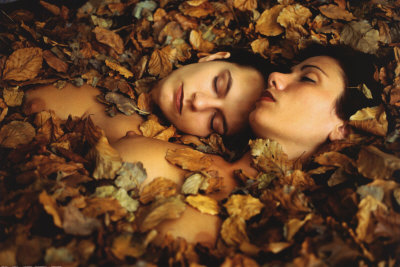 Besides being my favorite season, Fall also the best season for sex according to Business Insider.

Autumn is mostly the season of colds and depression but the best way to cure those autumn blues is falling in love and having a ton of sex. Why, because sex makes us happy. It’s a known fact that having sex once a week is the happiness equivalent to earning an extra $10,000.

Fall is also the season that male testosterone levels peak and female hormonal glands become more active – which really means both men and women are hornier. Warning for women, the increased estrogen levels also up the chances of pregnancy – so practice safe sex. Also level of dopamine increases in the fall – dopamine produces the butterflies in your stomach feeling.

And now for something totally random!