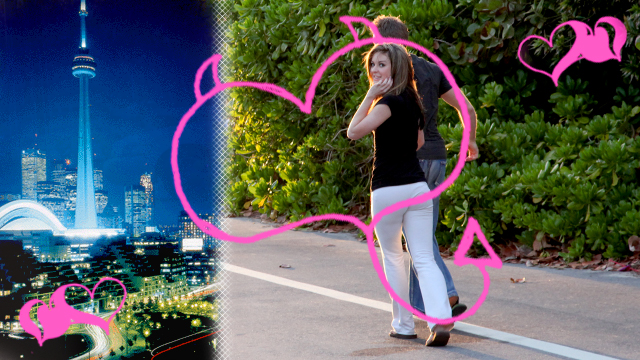 Happy Sunday Everyone! I thought you could use a little romance at the end of your long, HARD weekend so I dug into the big ol’ bag of fan submissions and yanked out this doozy! (Remember way back when we asked you to write something for us? You SURE did rise to the challenge!)

ANYWAYZzzz … We’re going to get the Fan Submission ball rolling with a little slice of reality from our fave Tweep @chris_madsen.

Now put your cocks down and open your hearts for this tender piece of prose:

WHAT WE DON’T DO FOR THE PEOPLE WE LOVE.

I wanna talk about my ex-girlfriend, who I used to call my “Skinny Toronto Brat” – I meant this as a playful term of affection, if was also fitting since she was skinny, from Toronto, Canada and acted like a brat sometimes. Too make it easier we’ll call her TB for short! (I won’t say what she used to call me, but it was just as flattering I assure you).

I was done! Starring up at the ceiling. Room spinning. She climbed on top of me and BAM! She gave me the wettest kiss I have ever had: tongues, lips and saliva. —and my entire load of cum. TB had not swallowed. She had kept my ENTIRE protein shake in her mouth and was now sharing it with me. At first I was kind of shocked, but after a few seconds I calmed down and went with it —also, it didn’t taste all that bad! TB smiled at me, “how do you like it?” she asked. I could pleasantly respond to her with “I’m good!”. We both laughed and after a ten-fifteen minute break, it was time for round two.

Me and TB dated, fucked and more or less lived together for a year and a half. She ended up going back to the maple leaf country, while I stayed here at home with the little mermaid.

What all this kinky stuff taught me was that doing something you might not take the utmost pleasure might make someone else happy, and you get to see how much it turns them on, and that in return turns you on! (Trust me!)

I’m not advocating doing stuff you find completely disgusting or something that totally crosses your own personal boundaries. But I am advocating trying new things, experimenting and finding out what your partner is into, and even though this might not rock your world, you might consider going along for the ride, since this is something the person you love really enjoys and remember, they will —as they should, return the favor.

Hmmm. Let a girl plug ya and she’ll let you plug her right back?!? Well, Okay! What a sneaky way to get some ‘special action’.