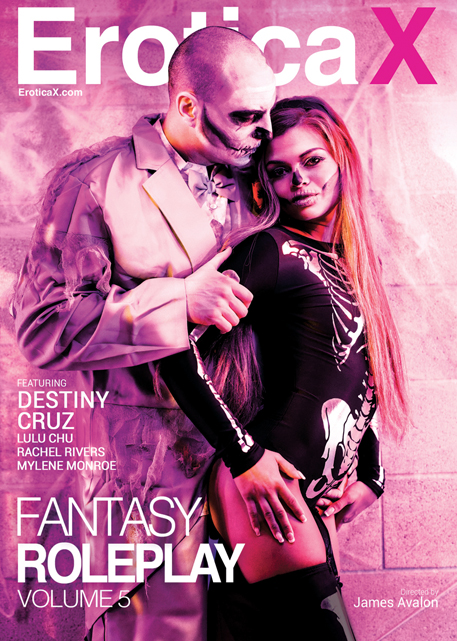 “Fantasy Roleplay 5,” the newest chapter of the popular series from leading couples’ studio Erotica X has arrived and is now available on DVD and all platforms.

“James Avalon returns with a new cast of sensual stars with a passion for roleplaying in this newest installment of the series,” said Jon Blitt, head of production for Erotica X’s parent company, O.L. Entertainment. “Fans will get a peek into a world where couples explore their wildest costumed fantasies.”

Erotica X features beautiful and intimate exchanges between performers – the main focus is on connections and chemistry. The movies are shot entirely on DSLR cameras for visually stunning results. Previews are constantly provided via the studio’s blog, http://blog.eroticax.com.