The best quote I’ve heard about this new bar opening in Tokyo went as follows;
“This bar is guaranteed to get a lot of buzz…if only for the battery-operated sex toys.” 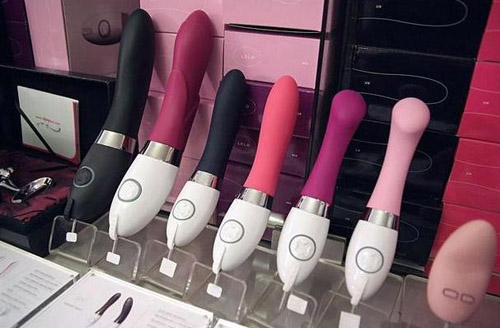 The main focus is to be sexually aware, and learn to love yourself and your body.  Seems like a very positive place to be!  I was always under the impression that the Japanese tried to replicate the Westerners in pop culture life, everything seems so much bigger over there then it is here.

To be a Mixed Martial Artist in Japan, is like walking down the street in New York with Michael Jackson, (when he was still alive of course).

When bands of the Heavy Metal genre go over to Japan to play, they have far larger crowds then they would in the U.S.  Japan just does things on a much more grandiose scale.  Which is awesome.

But the more I read about it, and the more investigation and truth I seek, I see that Japan is a mother fuckin’ trailblazin’ place of the future!!!

They have cat brothels there.  Yes, a place where you can just walk into, and for a nominal fee you get to seek the companionship of cats.  You drink, and you pet cats and apparently it’s awesome.

Japan’s crazy young renegades and rebels who dress up like real life anime characters is also something you can see when taking a stroll through the streets.  It’s amazing.  They are definitely on a planet all unto their own.  They are deifnitely free thinkers over there.

Getting back to the Love Joule, it is already a major hit with women in the commercial sex and adult industry according to its facebook page, which sites former adult video star Nayuka Mine, and model Sayo Hayakawa as customers.

Akiko Teishi who is a reporter for a blog called Bikyamasr.com, visited the bar and spoke to some of its customers and they had this to say:
“We go because it is a safe place and I don’t have to worry about trying to brush off men all the time.  Getting to talk about sex and guys, and a great place to drink is also an added bonus!”

Pointing to the increase in websites discussing sexuality and stores selling female sex toys, Love Joule is just another part of this general trend.

There should be nothing wrong with that.  I would want to believe an all femal establishment like this as opposed to an all male establishment would be much cleaner, and more sanitary.

Although I’m just speculating, I would also think the patrons who attend Love Joule are of a blend between gay, straight, or bi.  In the end I have a feeling nobody judges and no one cares about sexual orientation over there.  Which is pretty cool, but a place like that would be one tough sell on American soil.  It could never work as a cross-niche bar.  Just wouldn’t and I don’t think it could happen.  No one is the wiser over there, and that is what you would call true freedom.

1) It’s been explained that instead of a liquor counter, there are rows upon rows of dildo’s and sex toys….  Are you forced to buy them, then use?  Because that could get expensive no?  Or, do you use and then return before you departure?  Which sort of feels like a library rental, and well… that’s just kind of fucked if you ask me.

Miscommunication is a real mother fucker.  And it totally sucks!  Just see below: