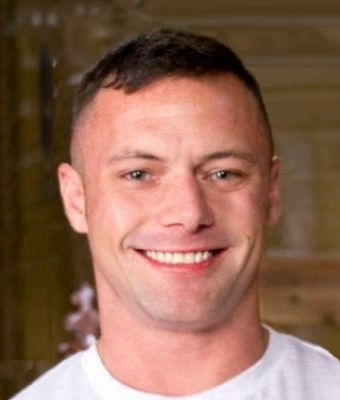 This is Florida based performer Sgt. Miles aka Sgt. Doe who primarily shot gay and bi scenes but recently worked with Team Skeet and AMA Modeling and is the boyfriend of performer Misty Meaner.

WASHINGTON — Police arrested a Florida man accused of assaulting police officers and smashing through a window of the U.S. Capitol building during the Jan. 6, 2021, riot.

Steven Miles, 39, of Zephyrhills, was arrested Tuesday and charged with assaulting, resisting, or impeding officers, civil disorder, engaging in physical violence in a restricted building or grounds with a dangerous weapon, and other related offenses, according to the Department of Justice. He was released pending additional proceedings in Washington, D.C., it added.

According to the criminal complaint, Miles was among those who walked among the crowd to the Capitol objecting to Democratic President Joe Biden’s 2020 election victory over former Republican President Donald Trump. It was when he and other rioters ran up to law enforcement on the west side of the building and got into a confrontation, investigators say.

Miles allegedly shoved and attempted to punch police officers. Later, the complaint reads, Miles proceeded to smash a plank of wood into a window and climbed through into the building.