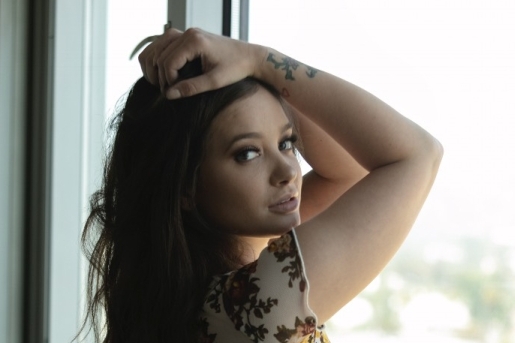 Los Angles – Gia Paige was a shining star in 2018, starring in several feature adult films for some of the top companies in the industry. This did not go unnoticed by XBIZ, as they recognized her multiple talents with a total of seven nominations for their annual awards. The XBIZ Awards will be held in downtown LA on January 17th, 2019.

Gia scored two nominations in the Best Actress – Couples Themed Release. Gia’s performance in “Love In The Digital Age” (New Sensations) as Sara impressed critics and fans alike. And, her role as a young millennial coming to terms with her sexuality in “Making Ends Meet” (Wicked Pictures), demonstrated Gia’s growing acting abilities. Gia also picked up another Best Actress nomination in the Taboo Release category for “Jealous Brother” (Pure Taboo) for portraying Gina, a young woman who is torn between her boyfriend and her stepbrother, Michael Vegas.

For both “Love In the Digital Age” and “Making Ends Meet”, Gia’s scenes with Tyler Nixon grabbed Best Sex Scene – Couples Themed Release. In the Best Sex Scene – Taboo Release, Gia was honored with two nominations for her scenes with Marcus London in “Fathers and Daughters 2” (Sweet Sinner), and with Michael Vegas in “The Jealous Brother” (Pure Taboo).

Grateful for all the recognition, Gia commented, “Honestly just being recognized for the work I put in is winning for me. I’m beyond words, I don’t even know how to process it. Thank you for believing in me Mike, Jacky, Bree and Craven.”

Follow Gia on Twitter and Instagram, and rate her five stars on her FreeOnes page. Gia loves to be spoiled, so get her a gift from her wish list. Visit Gia’s clip store ILoveGiaPaige.com. Fans can also chat or text with Gia via Sext Panther.