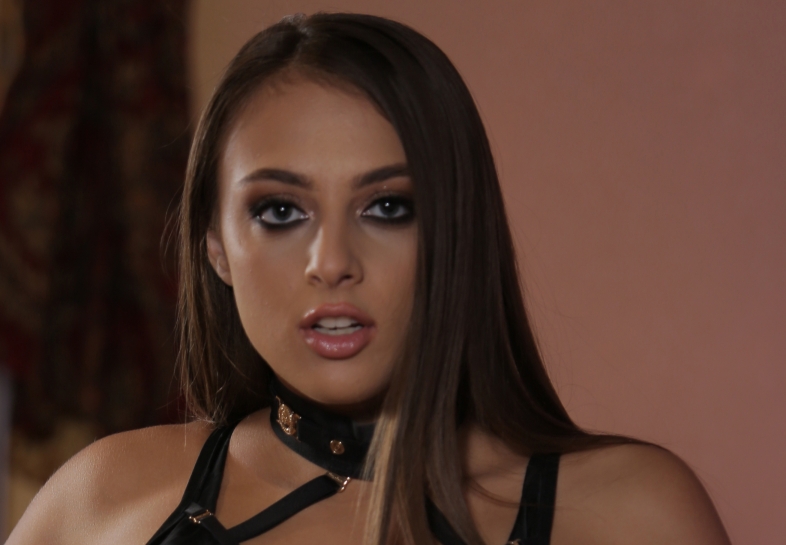 “I am so excited to share this project with everyone,” says Gia. “This movie means a lot to me. Evil Angel has always been and always will be one of my favorite companies to work with and watch. It’s an actual dream come true to have a showcase of my own with Evil Angel. Being able to work with creative genius Dana Vespoli was incredible. Every scene has its highlights — I really wanted each one to stand out in some way. Having the freedom to be myself completely and go crazy was so refreshing.”

Director Dana, who also performs in “GIA,” says, “I’d been waiting to do a Gia showcase for so long because I think the energy, intensity and enthusiasm Gia brings to all her scenes — since the beginning of her career — deserve attention. I remember shooting her in one of her first-ever scenes and thinking, ‘This girl is special.’ Her commitment to this ‘GIA’ project moved me, along with her positivity and kindness to everyone on set. She brought out the best in everyone and brought something unique to each scene.”

The movie opens forebodingly, with Gia face-down in a bathtub. Wrapping around the scenes are disturbing flashes of bondage, breath play and transgressive sex in which Dana dominates her showcase star. But comely, shapely sexual explorer Gia brings rare carnal athleticism and zeal to each scene.

Gia submits to hot, young starlet April Olsen in a deranged, spit-soaked lesbian liaison. Dirty-talking April dons a strap-on. A massive toy plumbs Gia’s insides and makes her asshole gape. Gia’s gash ejaculates geysers that splash her own mouth! Comments Dana, “I was thrilled to work with April, who had such great chemistry with Gia. Their scene is crazy!”

Ms. Derza’s concentrated sexual intensity propels “GIA” to a dead-sexy conclusion. The showcase is available tomorrow on DVD and VOD. All four scenes will be live on EvilAngel.com by New Year’s Eve.