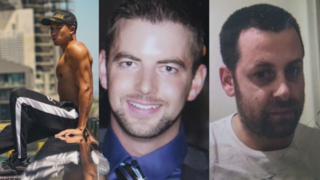 An NBC 7 investigation found the owners of a San Diego based pornographic website accused of coercing women into performing in sex videos had ties to shell companies charged with laundering billions of dollars for a Mexican drug cartel and trafficking illegal weapons.

Attorneys representing the GirlsDoPorn website and its owners have denied those allegations and said the women knew what they were signing up for.

Yet, as the trial nears, NBC 7 Investigates looked into the website’s finances along with its corporate affiliations and found a network of offshore shell companies that prosecutors say were used to fund criminal enterprises.

Listen to how the NBC 7 Investigates team uncovered this story in INSIGHT: Episode Two. Listen below or subscribe on your favorite podcast app.

GT Group was founded by a New Zealand businessman named Geoff Taylor in 1995. The company name comes from Taylor’s initials and, according to a company brochure, specialized in setting up offshore business entities to take advantage of offshore tax breaks.

NBC 7 Investigates contacted attorneys representing GirlsDoPorn and GT Group Limited, as well as Geoff Taylor and his sons, with questions regarding the company’s finances but they did not respond.

GT Group’s headquarters was located in a small room on Vanuatu, an island nation in the South Pacific. In recent years, the small island nation has been reported to be a tax haven for shell companies that have hidden billions of dollars, according to a 2017 Bloomberg article.

According to the International Consortium of Investigative Journalists (ICIJ), one of the companies incorporated by GT Group was SP Trading. It was created by Geoff Taylor’s sons Ian and Michael Taylor and did business with Russian arms smugglers.

In 2008, authorities arrested Viktor Bout, who was nicknamed the “Merchant of Death” and was the inspiration behind the Nicholas Cage character in the movie “Lord of War,” during a joint U.S.-Thai sting operation, according to a federal complaint.

One year later, agents seized 30 tons of rocket-propelled grenade launchers on a cargo plane destined for Iran. The plane was formerly owned by Bout and was registered to one of SP Trading’s entities when it was stopped on a runway tarmac in Bangkok, according to the charging documents.

In 2010, federal prosecutors in Florida linked another GT Group company to what was called at the time the largest “money-laundering operation in U.S. history.” Instead of Russian arms smugglers, four New Zealand firms, all registered by GT Group, helped the Sinaloa cartel launder billions of dollars, according to the Department of Justice (DOJ).

Court records tied to the laundering prosecution remain under seal, but according to a DOJ news release, the U.S. Drug Enforcement Agency tied the companies to a Wachovia bank that helped disguise the origins of the funds. Wachovia later agreed to pay $160 million to the federal government to settle the case, according to federal prosecutors.

One year after the drug-money laundering prosecution, according to Auckland news reports, GT Group announced it was shutting down its operations.

But those weren’t the only ties the GT Group had to alleged international criminal enterprises.

At the same time, Prevezon Holdings Limited, another company registered by GT Group, was a front for a group of corrupt Russian officials who were behind a $230 million dollar tax refund fraud scheme in Russia, according to the DOJ.

In a settlement agreement in the case, the DOJ said Prevezon Holdings agreed to pay back more than $5.8 million dollars to the U.S. without its defendants admitting to the charges they faced.

NBC 7 tried contacting Prevezon Holdings at the firm’s contact information listed online but have not heard back.

In 2016, the largest documents-leak in history, known as the Panama Papers,  revealed and confirmed the use of vast networks of shell companies, many of which were offshore businesses used to hide criminal activity and shield itself from taxes requirements, according to the ICIJ.

Back in San Diego, Michael Pratt was busy building the adult website that GT Group incorporated, featuring videos of young amateur girls having sex on camera for the first time, according to the website’s home page.

The format for shooting the videos was simple, say court filings in the civil lawsuit against the website and its owners. Costs were kept to a minimum. The women who brought the lawsuit say the men would fly girls from across the country to San Diego to perform in the videos.