Recently award winning director Greg Lansky was featured in Forbes. The article they wrote was really in-depth and really rather extensive. 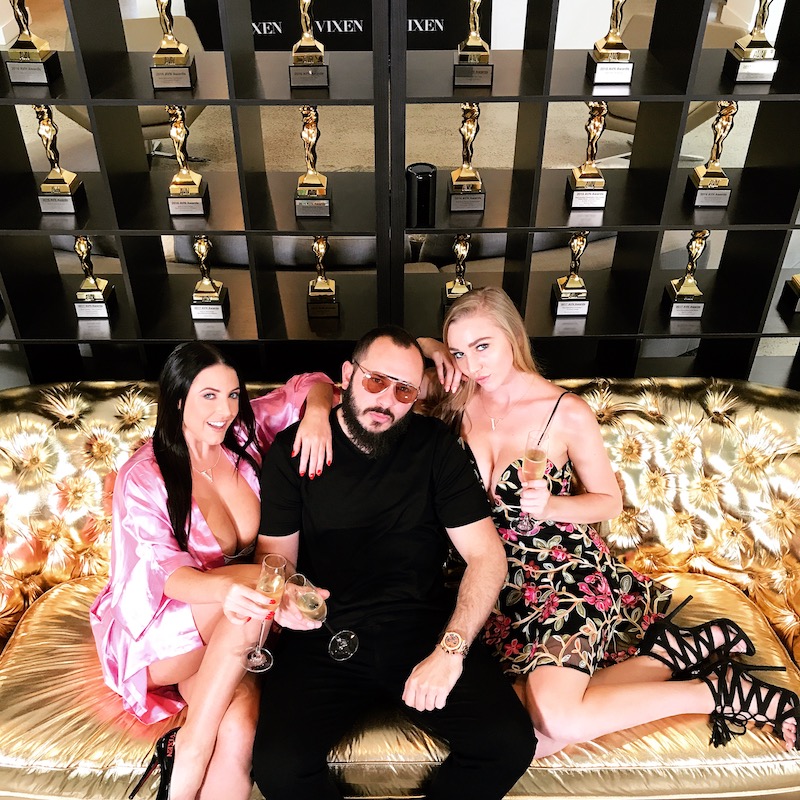 “I wanted to be in the adult industry since 13?

Growing up in his native France, Lansky was fascinated by Playboy and Penthouse. Then he became fascinated by adult movies. “I just loved the fact that it wasn’t politically incorrect,” he says. “It was this aspect of society that everyone loves and worships in private, but in public it has a lot of shame. I love the paradox of it. People were absolutely obsessed with it in private and in public no one would talk about it.” Eventually, he ended up working in reality television production in Paris. In 2005, he funded his first adult movie, which he describes now as “pretty bad.” After that, he traveled to an adult convention in Berlin, intending to sell the movie. He went from booth to booth, hawking his product. Within the first hour, he’d sold it.

“Everyone told me that is the stupidest idea”

“It is art because you make someone feel something”

“You can’t swim against the current”

“These tube sites are there,” Lansky says of the adult content video sites where pornographers’ pirated content is downloaded for free by a generation of consumers who feel entitled to free porn. “You have to embrace the times you live in.” As a result, Lansky says, “I’ve selected a few [tube sites] I decided I would do business with. I’ve uploaded very high quality, long clips. I thought, you know what, I’m going to make those clips long enough so they can be satisfying to watch. “‘If this is what I’m getting for free,’” he hoped consumers would think, “‘I can only imagine what I can get for subscription.’ This has been a really successful strategy.” That said, some months Lansky’s company sends out up to 50,000 DMCA notices to remove their pirated content.