They say the best way to prevent a sex tape from leaking is by not recording it in the first place. The moment it lands on an electronic device, there are no guarantees that the sex tape won’t end up in the wrong hands. Greg Paul, who you may know from his appearances in Kissing Contest (Me vs. My Dad) and father to famous YouTubers Jake and Logan, found this out the hard way when his AOL email account was hacked and his sex tape leaked online!

A Twitter account known as “e_lords” has been posting content found in Greg Paul’s AOL email address which includes nude photos of women and several sex tapes. It is impossible to tell who is in the explicit video as no faces are shown, but online detectives were quick to note that the headboard and bed appearing in the sex tape match the ones in one of Paul’s Instagram posts.

Alongside the photos, an email sent by Pamela Ann Stepnick, Jake and Logan’s mother, also made an appearance on “e_lords.” The email address in the post appears to match the one Pamela shared to her followers on Twitter. The email sent to her sons read: “Every day you hear of famous people and their family secrets. Let’s keep closeness and support of each other first and foremost… Both of you could use more maturity in how you treat women better, but hopefully, maturity will assist in that.” 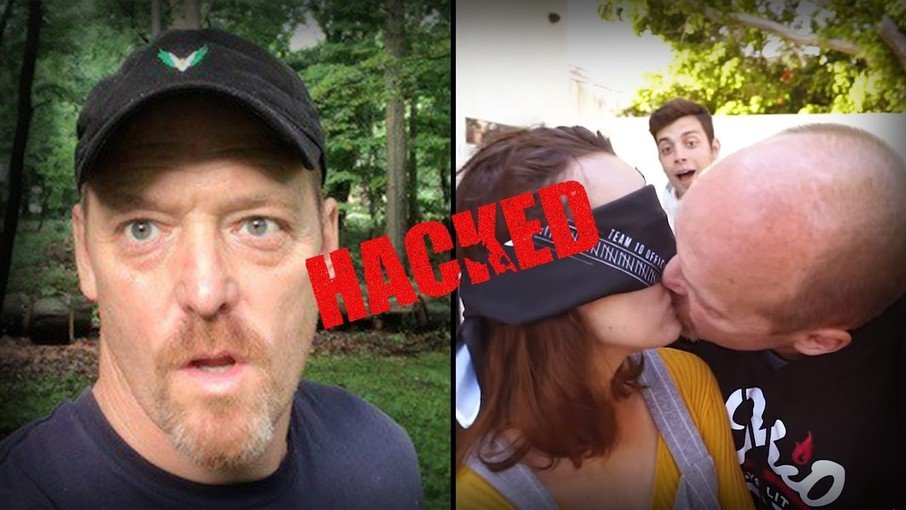 Most of us would go ballistic if our personal stuff were leaked. Not Greg Paul, though, who actually offered the hacker an employment opportunity. No kidding. Responding to the leak in an Instagram video, he holds a card written: “My hacker taught me A LOT! Please contact me so I can hire you.”

Papa Paul clearly still needs his AOL account back promising the hacker “we can use your smarts and your skills set in a positive way and probably make you a shit ton of legit money” if he gave back his account.

The hackers are actually a group going by the name Digital Gangsters who apparently don’t like the YouTube stars. Speaking to the Daily Dot, the group said: “We wanted to see how far we could go [with the hack]. We obviously got pretty far,” they said. “We don’t really like him. We don’t like the Paul’s.”

Digital Gangsters has a small following on Twitter, or at least they did before the leak. The sex tape leak helped propel them to the limelight after it was reported by YouTube gossip channels Drama Alert and Kavos, both of which have a combined 5.2 million subscribers. The group claimed to have offered to fly and meet Paul following his aforementioned job offer but backed out when he suggested that they sign contracts. 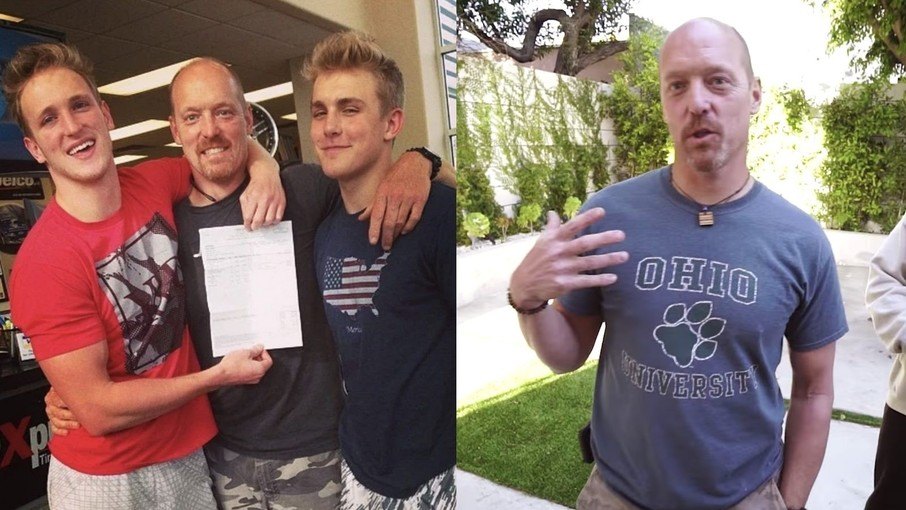 Jake and Logan Paul are some of the biggest stars on YouTube. Their old man has a huge presence on social media as well with nearly 550,000 followers on Instagram and over 180,000 subscribers to his YouTube channel. Just like his sons, Greg has been embroiled in controversy in the past with Nick Crompton, the former COO of Team 10, claiming Greg Paul was the major reason he and others left Jake Paul’s YouTube incubator group. He was also punched in the head from the back by an overzealous fan in the buildup to the Logan Paul-KSI boxing match.

He was also previously called out for kissing a girl on one of the Paul Brothers’ vlogs, which was actually a trick that involved blindfolding a girl and tricking her into believing she was kissing one of the brothers while in reality, she was kissing the dad. During the aforementioned boxing match, KSI called out Greg Paul during a press conference calling him “disgusting and delusional” before adding: “I bet you wouldn’t mind going one round with all the little girls you like kissing.” It appears the tree doesn’t fall too far from the apple!

Back to Digital Gangsters, the group claims it was inspired to hack him after watching him during his son’s boxing match, admitting that they ‘just wanted to fuck about.’  The group, however, added that they are not finished releasing Greg Paul’s materials. “We’ve got a lot of stuff we’re going to keep releasing in the coming weeks,” they said. “This is happening no matter what.”

They also said they plan on selling Greg’s social security number. The drama is clearly far from over.

Greg Paul has kept away from social media following the leak while his sons are yet to comment on the matter.

It is 2018 and people are still fighting for their privacy. Want my advice? Stay safe out there. Hacking can happen to anyone, not just famous people and celebrities.