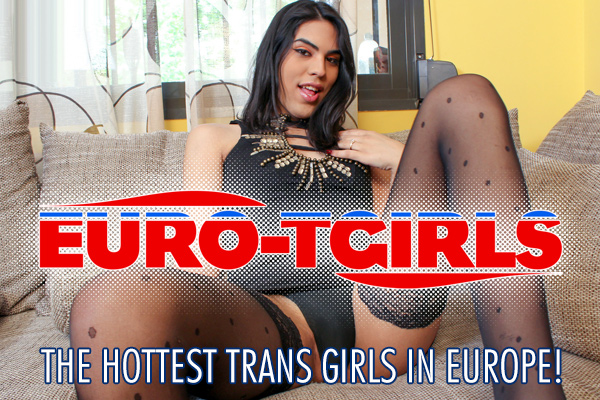 “Euro-TGirls.com features performers from parts of Europe beyond our production arm in the UK,” said Steven Grooby. “We’ve always added a few European models onto our site, UK-Tgirls.com, when they were visiting the UK. They’ve been very popular over the years, but with our new producer Dave Krull, who is based in Spain and shooting a wider range of girls, as well as the Northern European girls we hope Kalin can continue to find, we decided it was best to create a new site and split it.”