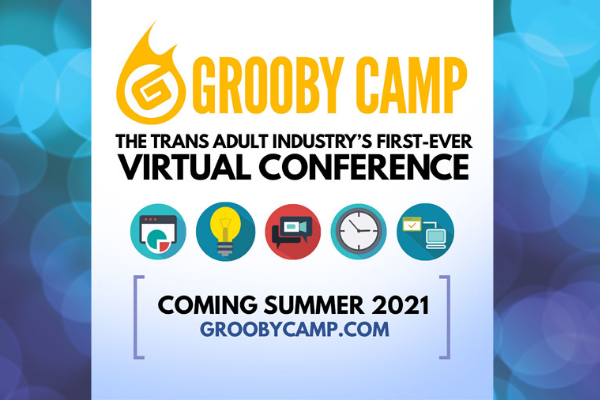 CYBERSPACE – Grooby, the leader in trans erotica, is proud to announce the first trans industry virtual conference, Grooby Camp. The inaugural event will be hosted on June 24 starting at 9am PST at GroobyCamp.com.

“This has been a dream of mine for some time,” said Grooby’s Creative and Editorial Director, Kristel Penn. “I am so thankful for the spaces other shows have made for our industry, but I understand that we are only a small segment of adult business. I created Grooby Camp because I want resources to be accessible to everyone and not just limited to those ‘in the know.’ Additionally, I hope Grooby Camp will give trans performers the opportunity to attend an adult industry conference, utilize its resources, and then empower them to attend the bigger adult conferences that take place throughout the year. ”

Register for free at GroobyCamp.com.

ABOUT GROOBY
Founded in 1996, Grooby is the leading producer of trans erotica. In addition to operating over 30 membership sites, the company produces nearly 50 DVDs a year and hosts the annual TEAs (Transgender Erotica Awards) held in Hollywood, CA. More information about the two-day event can be found at theTEAShow.com.