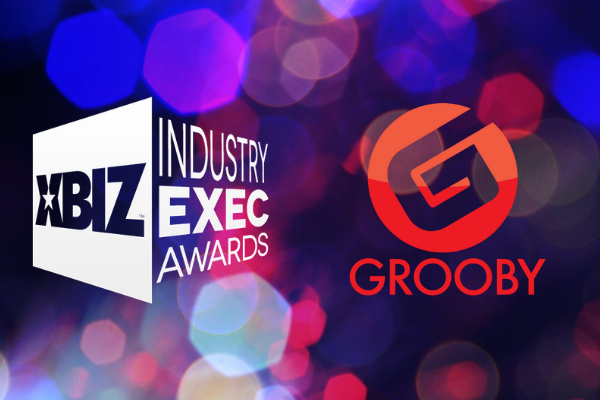 “I look at the fellow nominees of my friends and peers, and it’s indeed an honor to be included alongside them. Thank you for nominating me,” said Grooby CEO, Steven Grooby. “The timing of this nomination means so much to me as we’re also celebrating our 25th anniversary. We’re looking forward to another 25 years of innovating our genre.”

Grooby is nominated for the prestigious “Businessman of the Year” Award. He is also the recipient of the 201p XBIZ Industry Exec “Progressive Leadership” Award, in addition to being a multi-year nominee in numerous categories.

“The ‘Community Figure of the Year’ Award is a category that holds great personal significance to me,” added Grooby’s Creative & Editorial Director, Kristel Penn. “Although Grooby is, in many ways, a traditional production company, I’m proud that our company also prioritizes community outreach and support. I feel fortunate I’ve been able to use both Grooby and Sad But Rad Club as platforms to create educational mental health resources for trans performers, in addition to speaking about topics like destigmatizing sex work and advocating for competent care for performers.”

Penn is the 2021 ‘Community Figure of the Year’ recipient and also won ‘Brand Ambassador of the Year’ back in 2017. She is also the Executive Producer of the Trans Erotica Awards and creates psychoeducational content through Sad But Rad Club.