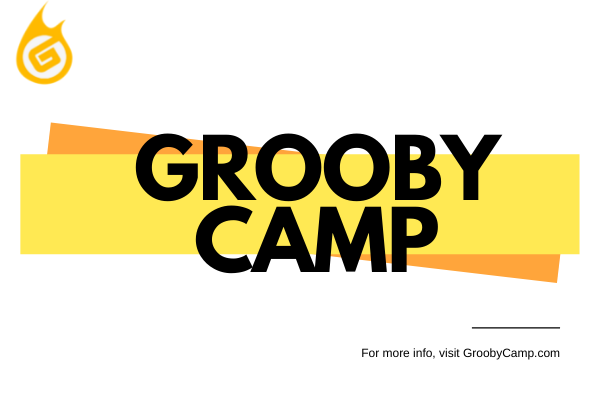 CYBERSPACE – Grooby’s first-ever virtual conference, Grooby Camp, was a major success last week. The company is already in the process of planning its next event.

“I’m so happy that things went so smoothly,” said Grooby’s Creative & Editorial Director, Kristel Penn. “It was a long day of workshops, but I saw folks in the rooms engaging with our speakers from beginning to end. This was an event for our trans adult community, but welcomed anyone who was interested in learning from our industry’s heavy hitters.”

The free online event, hosted last Thursday at GroobyCamp.com, had over 200 registrations and nine educational workshops scheduled throughout the day. Grooby created the event to help performers and those thinking about entering the industry to make empowered choices about their careers. As the leading producer of trans erotica, Grooby wanted to use its platform to create a space where educational resources were accessible to ALL.

“We understand that many trans performers rely on community (other performers, friends, etc.) for information such as how to apply to work for different production companies, set etiquette and tips, technical information related to lighting, wardrobe, etc., and best safety practices, to name a few,” Penn explained. “The purpose of Grooby Camp is to organize and centralize this information in a format that all performers can access, not just the ones who are ‘in-the-know’ or are well-connected.”

In the following weeks, the recorded workshops will be available to view on GroobyCamp.com.

Penn added, “I want to express my sincere gratitude to our lineup of speakers. They generously donated their time and knowledge to make this event possible, and did so with the desire to give back to the trans adult community. Each speaker agreed to participate in an event that did not exist yet. I had no past shows to show them as a reference, only the ability to share with them my hopes for this event and a blueprint of what I wanted it to look like. Every single speaker enthusiastically agreed – I think that says a lot and I wanted to make sure that was said.”

ABOUT GROOBY
Founded in 1996, Grooby is the leading producer of trans erotica. In addition to operating over 30 membership sites, the company produces nearly 50 DVDs a year and hosts the annual TEAs (Transgender Erotica Awards) held in Hollywood, CA.

More information about the two-day event can be found at theTEAShow.com. Visit their official website at Grooby.com.